Let's dive into 25 old women, both good and evil, and social dynamics there bring to their respective environments. 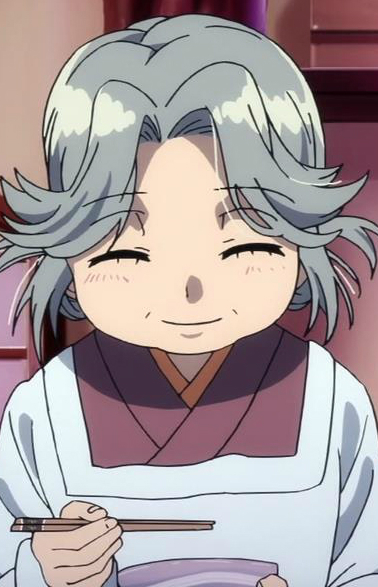 Let' first start with Sumiko, sweet kind soul individual who works as a manager in the high school dorm.  She is patient to people, and she acts young for her age. As they say around more youthful people, it wears off. 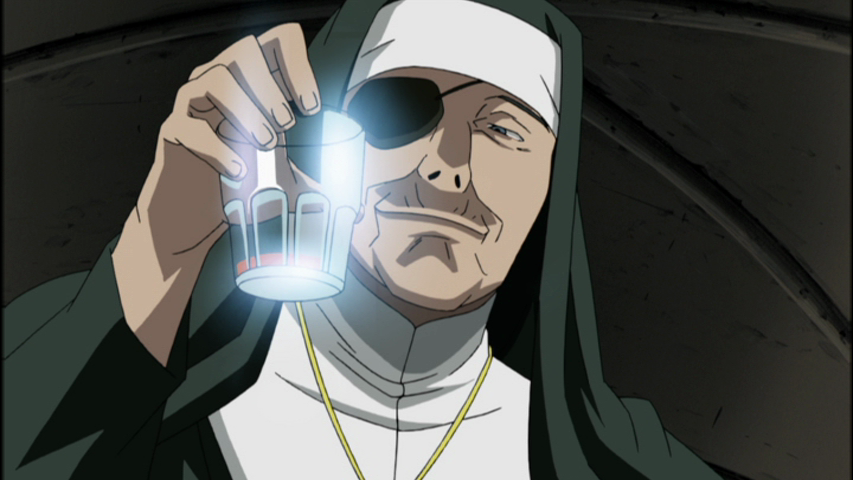 She's a nun, so she must be harmless and upright, right? Looks can be deceiving.  Sister Yolanda is one nun you don't want to mess around. She leads an organization called  Rip-Off Church with an iron fist. For people who get out of line, she carries a gun gold which she can fire with pinpoint accuracy. 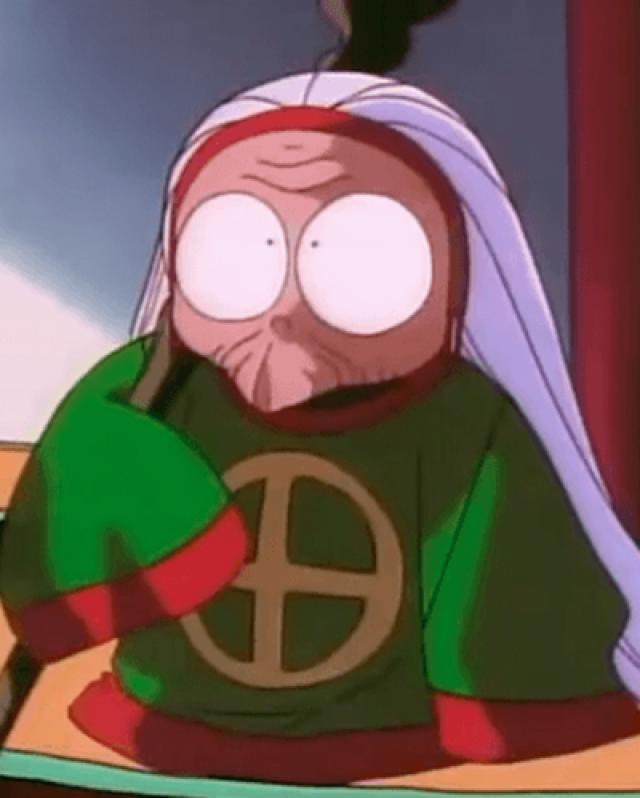 A blast in the past, Cologne, the sole leader of Chinese amazons. This woman can fight! We age of roughly 300 years old she can hold her own with the youngest and most active in Ranma 1/2. She has inherited and kept thousand-year-old martial and fighting techniques, and abilities in illusion and magic capabilities to name a few. Responsible for training generations of fighters. 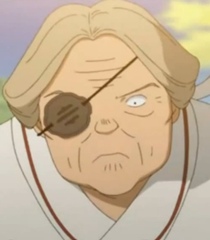 Lost her right eye to the invasion of the village, trying to protect her older sister Kikyō.  She remains to be a stout priestess and skilled with an arrow and warding off demons. Even the passing of her older sister, Kaede continues to be anchor and guide to the protagonist in series. 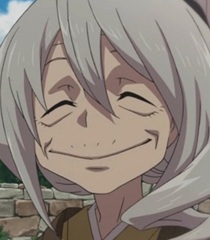 Even though her name is unknown, her impact is profound in here influence on Shiemi. A dear friend of Shiemi was a very young child, teaching her things in nature and formation of plants how they work in the world. Unfortunately, her passing away left a mark in the series but lived forever as a memory. 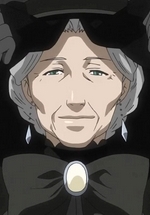 There's a duality of Queen Victoria character of good and evil in manga & anime of Black Butler. Howbeit, let's take anime interpretation which evilly pictures her. A vision to consume and destroy everything, even those close to her. Her maniacal motives have attracted a deluge of enemies in the series. 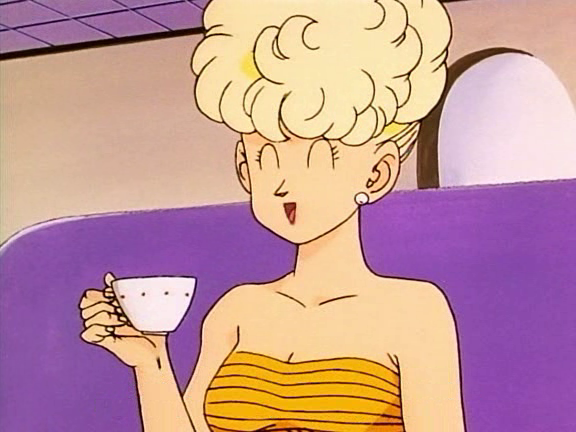 The confidant of Mr.Breifs and the mother of Bulma Briefs and grandmother of Trunks, her carefree and easy-going nature remains constant even in adversarial moments in the series.  What's important to her is family and pets as for many people.

8.Captain Dola-Laputa: Castle in the Sky 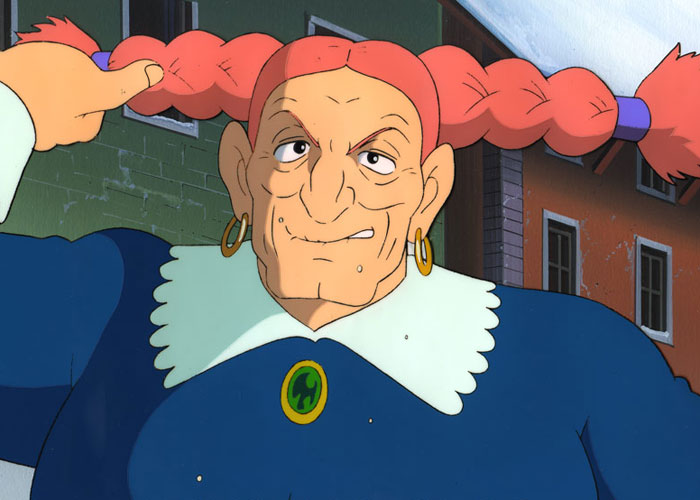 Leader of a group of sky pirates in OVA, like all pirates theirs a treasure to go after, in her case, it's the Laputa treasures. She may be proud of occupation, has a hard and stubborn personality on the outside, but there's soft center to her, she loves her crew deeply. Remember its Captain Dola! 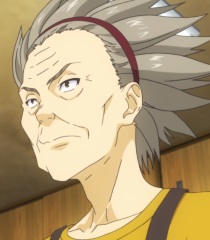 She carries a presence of serenity; everyone can infuriate time to time. Her students can sometimes run a nerve for comic relief who resides in her dormitory.  Very proud the legacy of Golden Era of Polar Star, and remains to nurture and train cooks that live there. 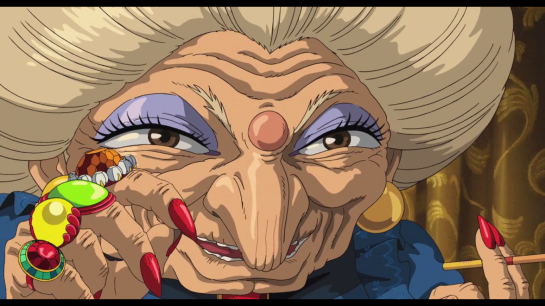 Spirited Away full pack with memorable characters and Zeniba is one them.  The main antagonist of the story fearful and daunting a brute capitalist, exploiting her workers to the nth degree. However, she's a hard worker herself and takes pride in her work no matter of menial. 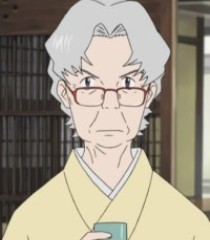 The cornerstone and of the Jinnouchi family. She leads her family with a stern hand but carries a generous spirit. Her wisdom and strength have allowed her to steer her big family through tight spots and drama. Her passing away has impacted her family and left a legacy generations to come. 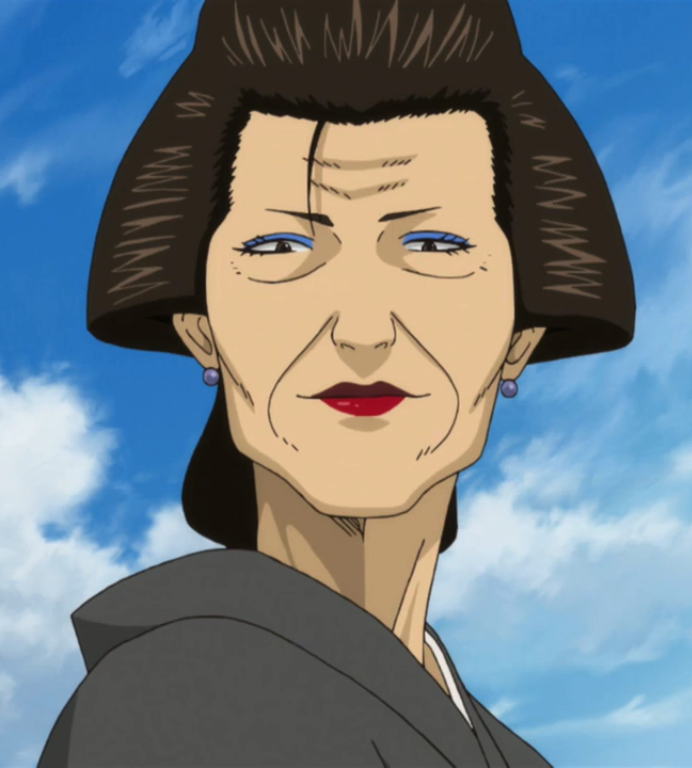 Owner of Otose Snack House.Once married to a great war hero who unfortunately passed away. She is stern and strict individual but kind-hearted and cares for the people under her and treats Gintama as a son figure. Always remember with Otose, pay your rent on time!

13.Baba-Magi: The Labyrinth of Magic 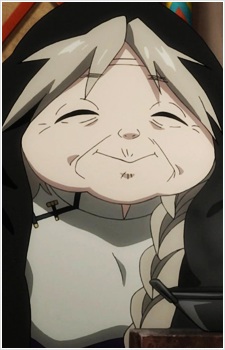 Head honcho Kouga Clan, and teacher and mentor of Aladdin was responsible for equipping the current generation to know and grow for their time. Willing to put everything, including here life on the line for not only the Kouga Clan and put people who would be affected by the collateral damage of war.  She ends up giving her life for the negotiation Kouga Clan and  Kou Empire, and she leaves a legacy and is present by her spirit in the series. 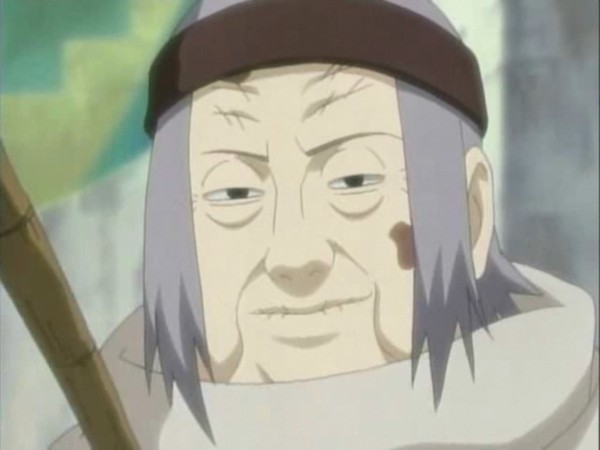 A well-known and honored shinobi in the village of the sand and rival of Tsunade. She was former advisor council and fought in the Second Shinobi World War. Besides being skilled in combat, she is prolific in healing techniques, has developed many antidotes against poisons. One of her most notable feats as being the one to sealing one-tailed shukaku inside of Gaara. Moreover, in her long fight with Sasori giving everything she had and with help defeated the adversary. And upon her last great feats was reviving Gaara. 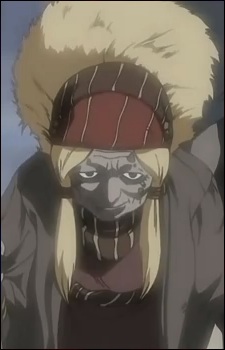 Behind every antagonist is a loyal follower. Enya Geil is a devoted follower of Dio Brando. She has a vindictive personality and worldly viewpoint on life. Enya is cruel in dealing with her enemies. Her powers are relying upon her stand called Justice, which enables here to created illusions and control opponents by entering into their wounds. 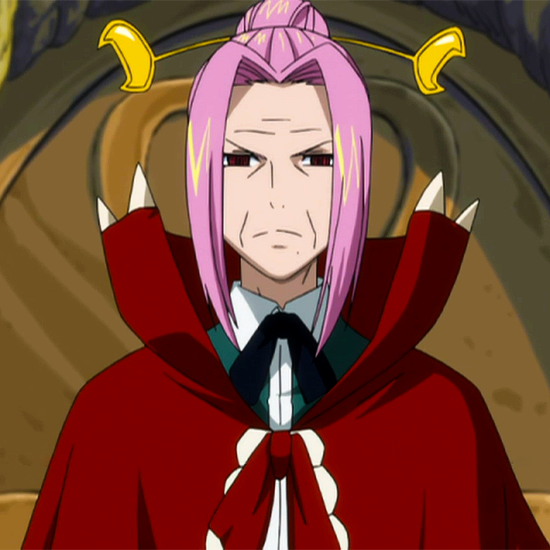 A tall woman in Fairy Tail sent to the Earth Realm by accident a long time ago. Stoic and clam, in most circumstances sometimes act out of character with other fellow humans

She holds a contradictory viewpoint of the human race despite being a human herself. Her central powers specialize in healing arts, especially wounds caused by magic.

Recovery girl has a heartwarming presence in the My Hero Academia series. She cares for you Deku and other heroes in the series and always willing to heal others. Her primary method of healing is through kissing. The way she cares for fighters and here persona matches her quirk for treating others.

Notorious and powerful and somewhat childish a Yonko (Emperor ) in One Piece series. Her powers derive from Soul soul fruit giving the ability to seal souls shorten the lifespan of individuals. 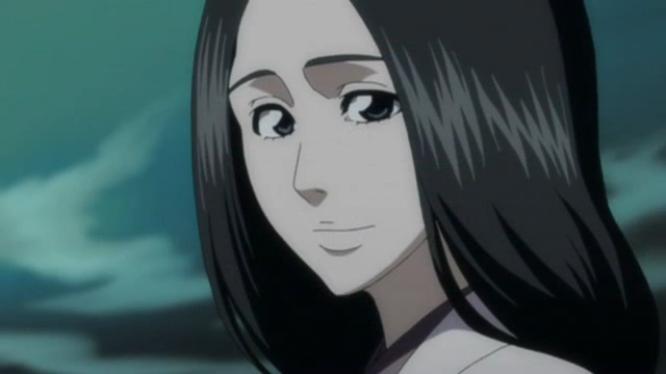 Looks can be deceiving. Gentle and clam and specializes in healing remedies in Gotei 13 in Bleach anime series. However, she can switch gears to bloodthirsty manslayer 0-100, was a former Kenpachi(a title given to the strongest shinigami) 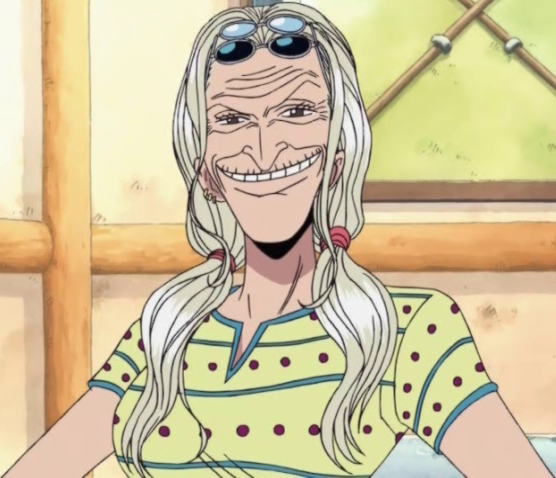 One of the oldest characters in One Piece. Young at heart Dr.Kureha dresses in youthful appearance also to mention she adopted Straw Hat crew member Tony Chopper who also is her protege. Her practice in medicine can be controversial and crude; she is prolific in her craft. Besides in being youthful at heart, she always carries a bottle of sake. 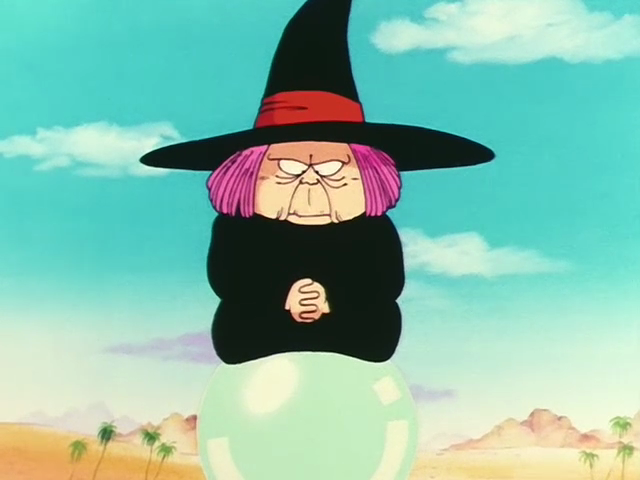 Dragon Ball may be all about superpowers and powering up; however, their other essential characters in the fray also. Baba is the older sister of Master Roshi and is a liaison of the spirit world and earth realm. Besides fortune-telling in the series, upon particular circumstances, she guides spirit apparitions from the spirit world to the earth realm like Grandpa Gohan. Her crystal ball allows her to tell peoples a fortune but for a hefty price. 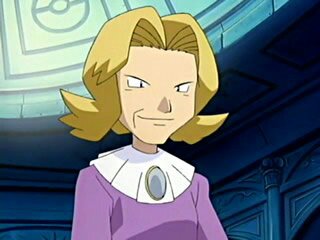 World-renowned for her expertise with ghost-type pokemon. Initiated with the Elite Four in Kanto Region. A rival of Professor Oak, quick to get angry and to seeks more competition with Professor Oak even in old age. Agatha continues to be an inspiration to senior Pokemon Trainers across the world. 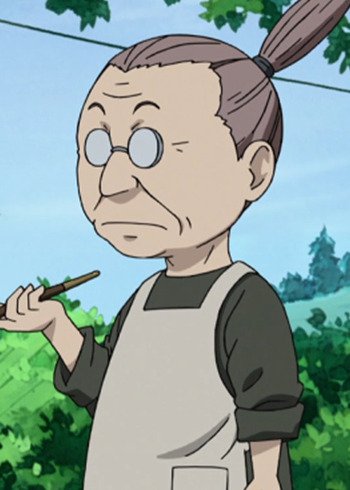 A well-beloved character in Fullmetal Alchemist especially by Edward and Alphonse, an engineer and blacksmith by trade she has a deep connection of people in Full Metal Alchemist even to the antagonist of the story Father(Van Hohenheim). One of the rememberable aspects of her character is not to judge anyone of their actions but seeing them eye to eye. 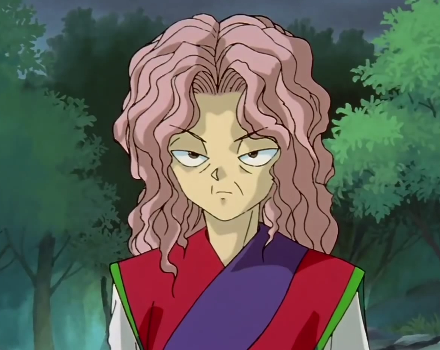 Genkai's past remains to be a mystery. A seasoned warrior of many spiritual talents and strategic thinker. Fought and won in the Dark Tournament during her history with Toguro. Along with her many abilities, her most potent ability is the spirit wave which gave to her protégé Yusuke. 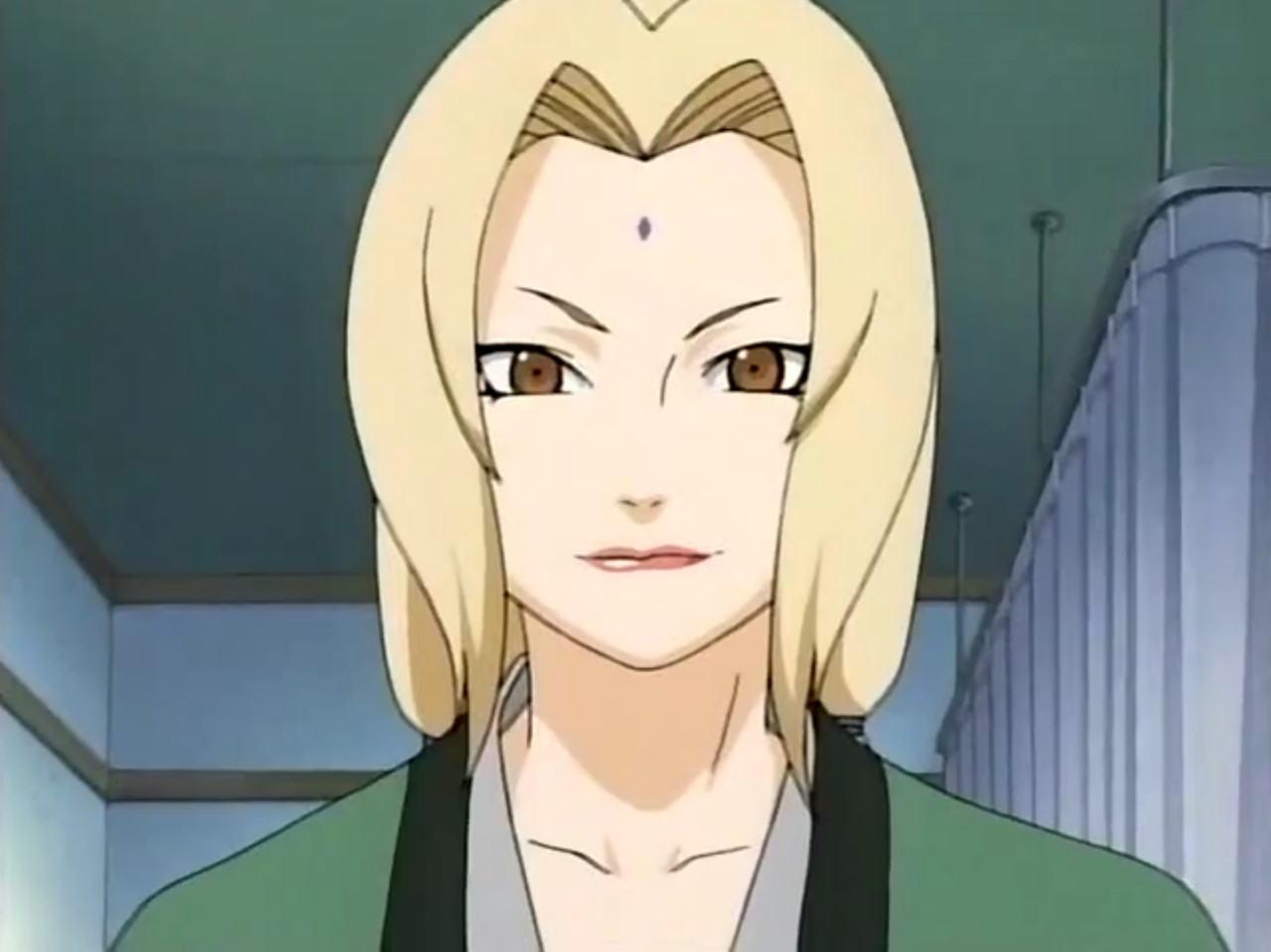 Tsunade stores chakra in a gem that's on her forehead to keep a youthful appearance. A prominent character in Naruto series she specializes in super strength and healing and summons Giant Slug to help her in battles. Once held an honorable position of Hokage(the sole leader of the Leaf Village) and led the fight in The Great Ninja War against Madara.