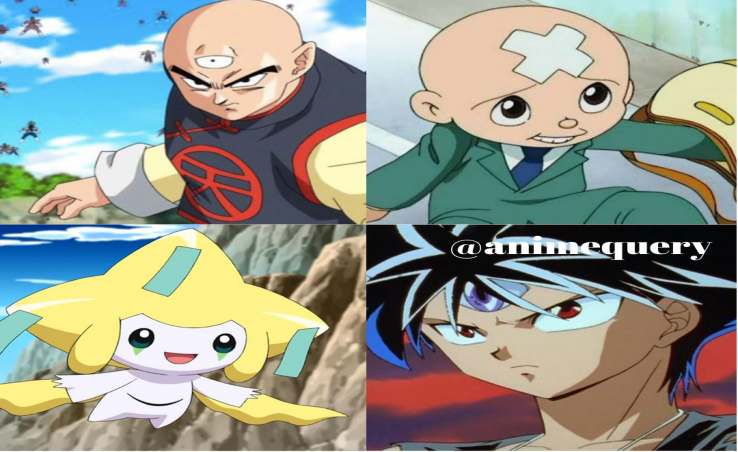 What exactly is a third eye? While in many different cultures around the world, there a standard explanation, it gives the person enhance perception and ability to see things in foresight. With strengthening the sensory capacity, the person welding the third eye is harder to combat and provide them with a competitive advantage on the battlefield. Let's go over the ten anime characters who are third gives a unique skillset in dealing with people. 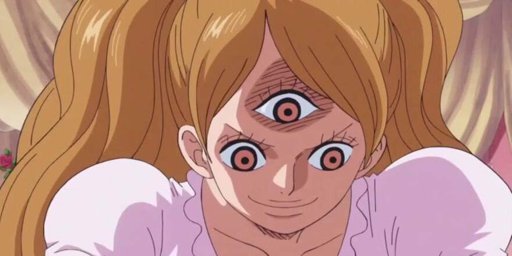 A Child of Big Mama and distant sister Sanji in One Piece. Looks can be deceiving upon the surface; she looks innocent and harmless; yet, this is all facade to trick people and hiding her somehow evil personality. With the ability to manipulate someone's memories by the power of Memo-Memo Fruit. She remains a thorn in the side of One Piece pirates in the Whole Cake Island Arc, sought to kill Sanji many times. Despite her hardships and bullying, she received as a child because of her third eye she is useful in Big Moma plans, remember to shake what your mama gave you. Embrace, who are you are a person. 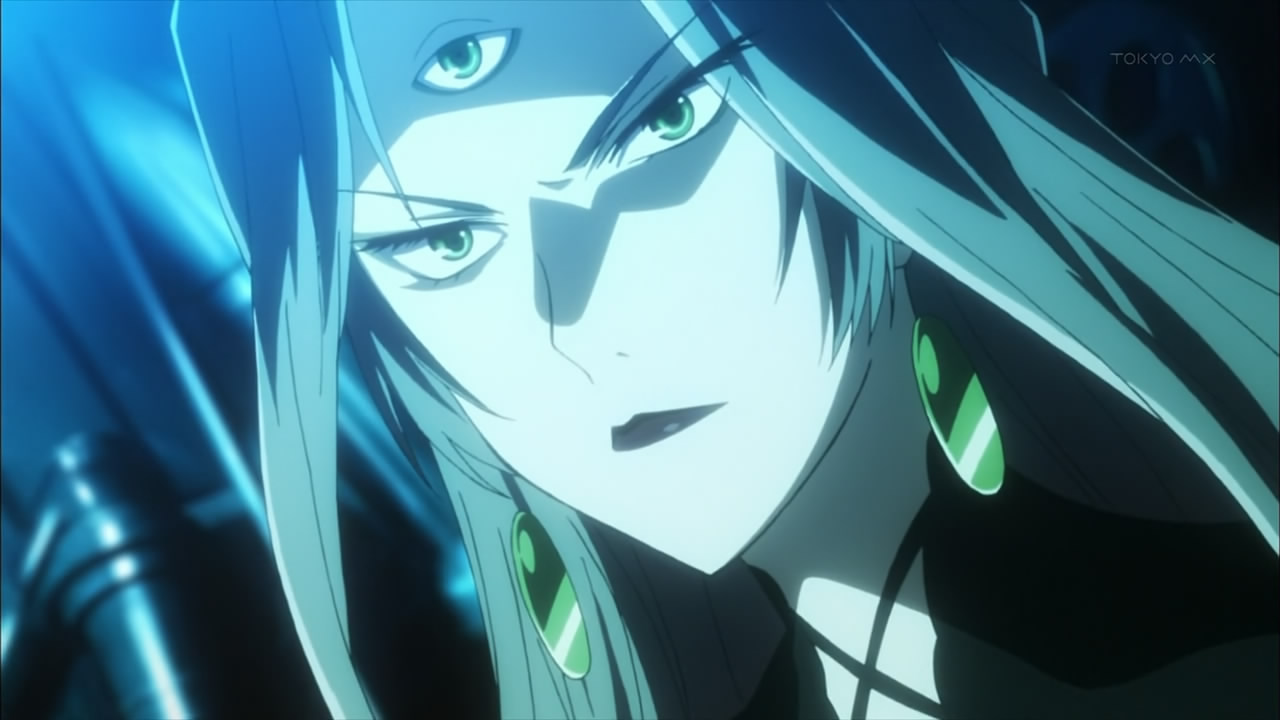 Interestingly enough, a majority of these three eye characters on this list have evil intentions. Look no further Bel Peol is one of them, and her evil persona and puts people under her in no-win situations. 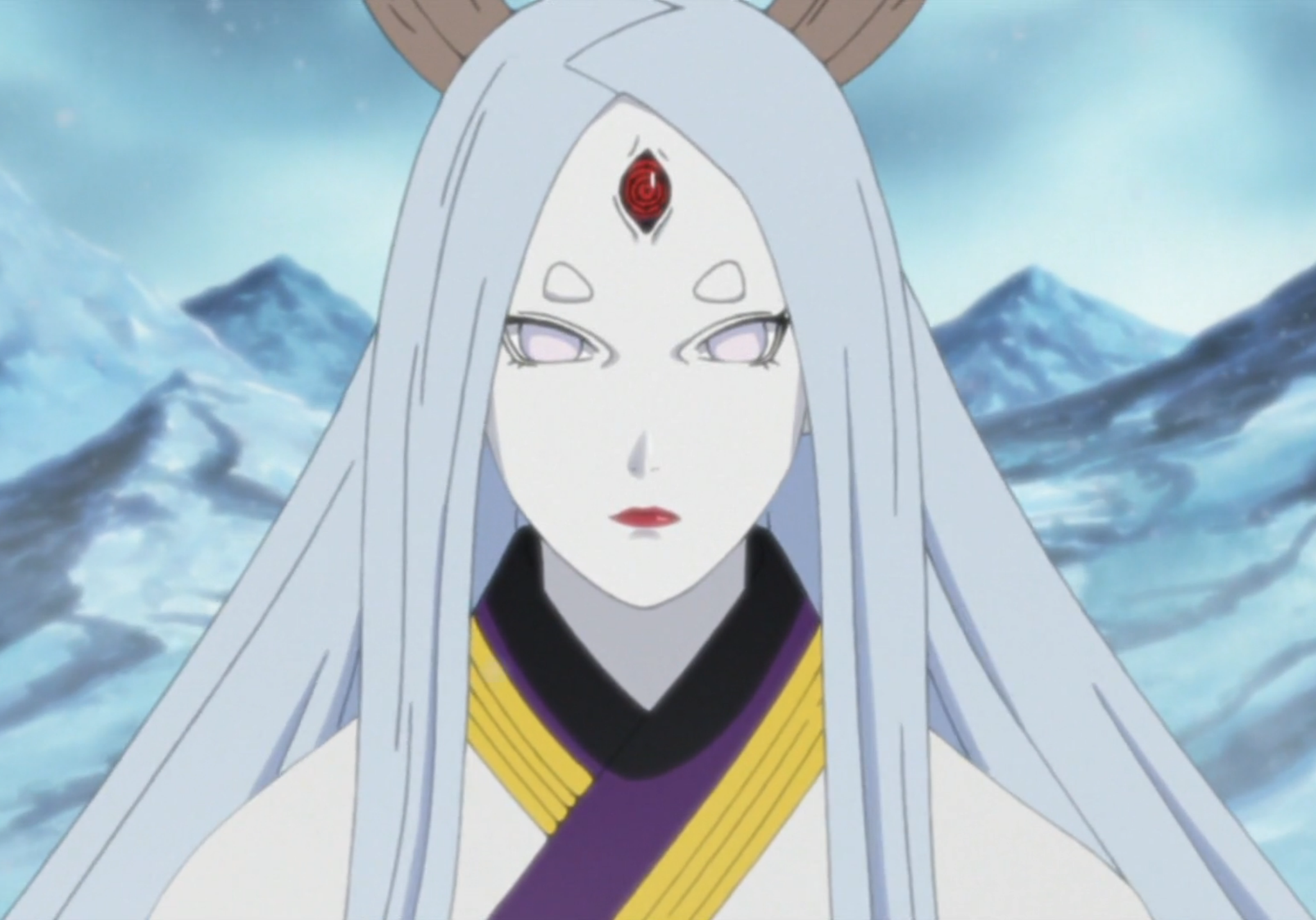 Mother of Charaka? Really? Maybe. Probably the first Charaka user to be more accurate. Eating fruit from the God tree keeps the doctor away. Her two sons Hagoromo and Hamura Ōtsutsuki are responsible for giving Charaka powers to many clans in Naruto.  An alien from another world sent to the naruto world seeking power. In doing so, she was able to make peace on earth, but for what cost? Turning people into plant zombies is not the way to go. Giving people the ability to free will is essential. Choice. Anyway, her two sons took it upon themselves to stop her mother's tranny on the planet and to do so seal her away at the cost of Hamura's life. Hell hath no fury like a woman scorned. Kaguya gets unseal by the help Zetsu and fights Naruto and Sasuke on the moon for the fate of the world. 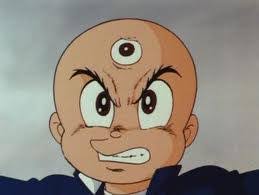 A blast to the past 1990s, anyone! Hosuke looks humble and with a big bandage covering his third eys, but watch out if his third eye opens unleashing his incredible mystical power transforming him powerful magic user carrying a Red Condor as his weapon. It's rare you see three eye aniem person taking this transformation; apparently, his heritage comes from connecting of ancient Eygtptain who built the pyramids. Sometimes Big things come in small packages. 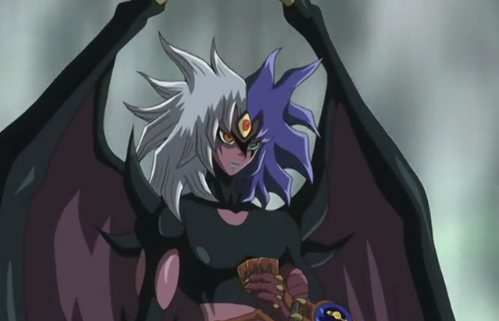 How far will your love go to get someone? The person may call it to love; however, some people will call it an unhealthy controlling personality. Well, Yubel will go to any heights to claim Jaden as her own for the name of "love." Despite being bipolar, Yubel can duel and beat formidable opponents like Zane. Fuses with Jaden spirit with the power of super polymerization. 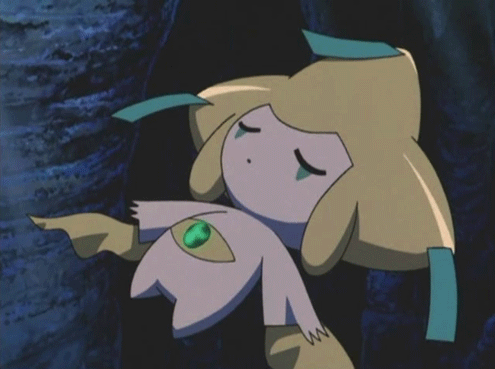 The wish pokemon, power to make your wishes come true, dragon balls not needed. Jirachi, another mystical pokemon, comes with a whole spectrum of mystical abilities who wakes up for only seven days for every thousand years. Ash in the movie Pokemon: Jirachi—Wish Maker, encounter's this pokemon upon destiny call in the Millennium Comet festival. A magician of the name of Butler captures Jirachi and people with unpurified desires wishes for evil things such as an evil Groudon. 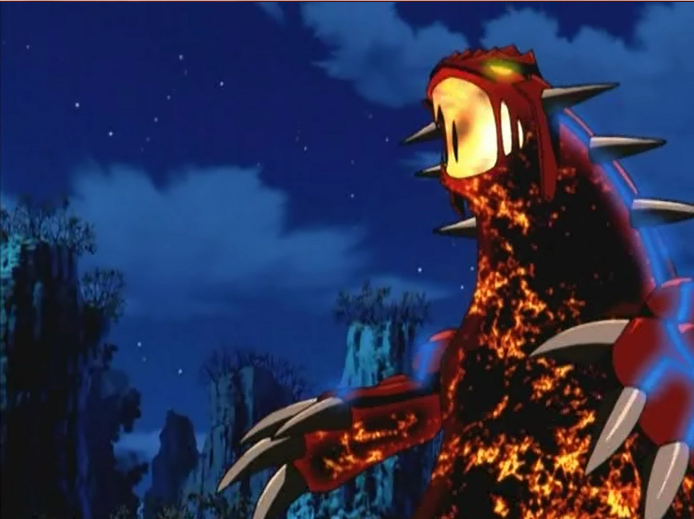 Ash and Pikachu and the help of his friends put to stop Butler, and with Jirachi's signature move, Doom Desire puts into stopping evil Groudon. Be careful of what you wish for! 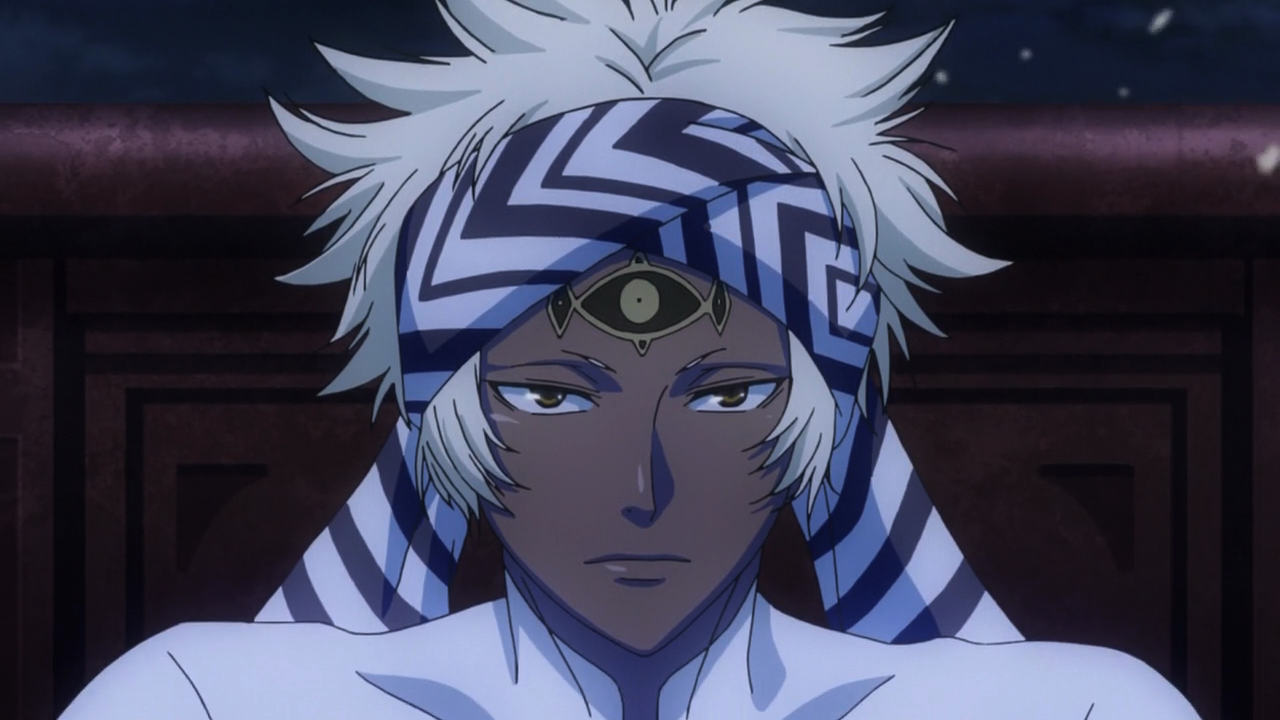 Sadist and cunning and hatred of all innocence Wisely is a powerful foe. Wisely a member of the Noah Family, wielding the power of the demon eye. In show D.Gray, Man Wisely has prolific use Akuma. Despite his narcissistic tendencies and monologues, Wisely is entertaining to watch on screen. 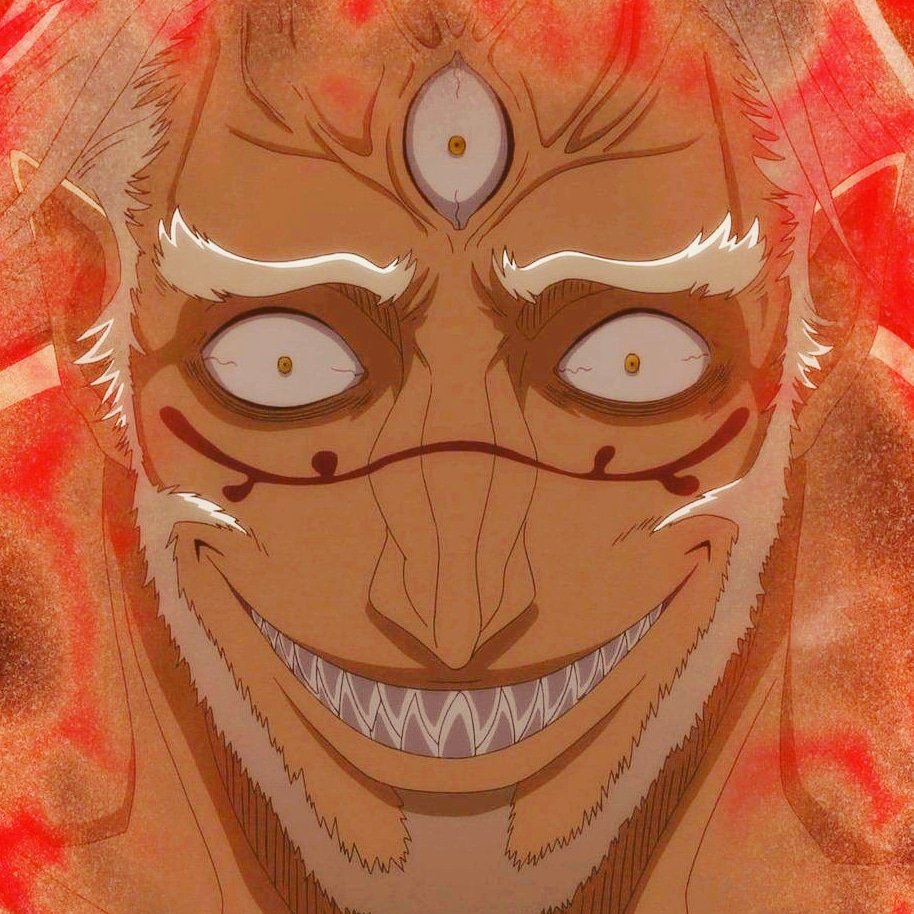 Back to life. Much like in the Arrancar in the Bleach series. An animal whisper in his first life kind and loving person. The ability to forgive and let go hurts benefits the individual rather than the offender. Upon the betrayal and genocide war with the Clover Kingdom vs. Elf Tribe he died. Upon receiving his new body, his sole focus is to inflict pain and suffering on all humans. Increase strength and his third eye opening when his demon powers are activated, a powerful opponent he was to Asta. Gets back to another body; but, he is more back to what he used to be. It probably took a 2nd life to release all that anger management. 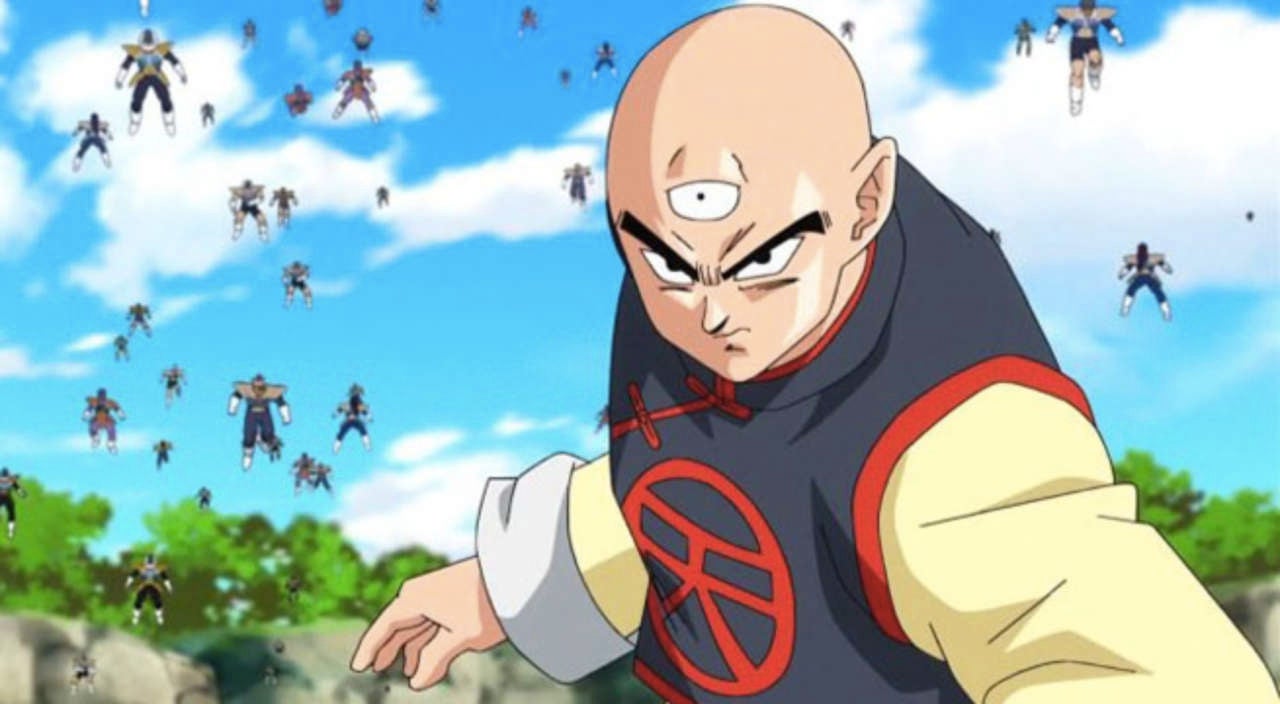 Shin kikoho!! Or Tri-Beamam English translation. A noble third eye earth fighter is a member of the prominent z-fighters fought against many wars and earth invasions alongside Goku. Goku and Tien went way back against won the 22nd World Martial Arts Tournament.

Tien is a protege of Crane Hermit, who is a rival of Master Roshi. Tien has taken on his strengths to new heights. Upon losing his life to the hands of Nappa due to ki life force exhaustion and trains with King Kai and gets revived later on the series.  One of Tien's most prolific battles were against Semi-Perfect cell with the Shin Kikiho. 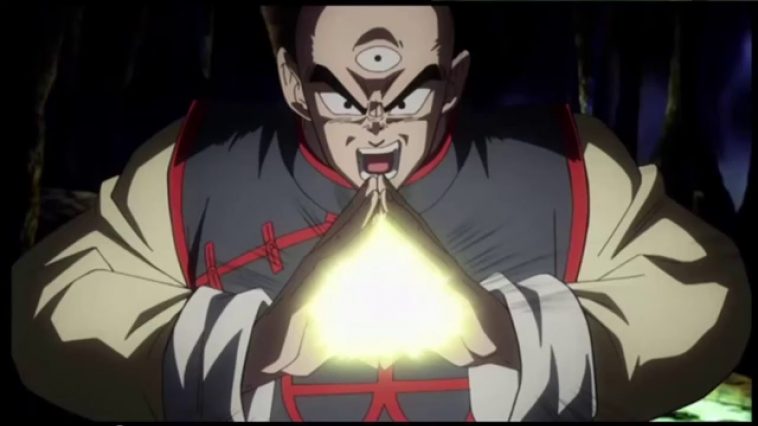 Fought in the tournament of power was able to take down Hermila from universe 4. Tien, along with Chiaotzu, now runs his a dojo training the next generation of fighters. Tien remains to be a stable and dependent person ready to help Goku and Earth's need for protection at a moment's notice. 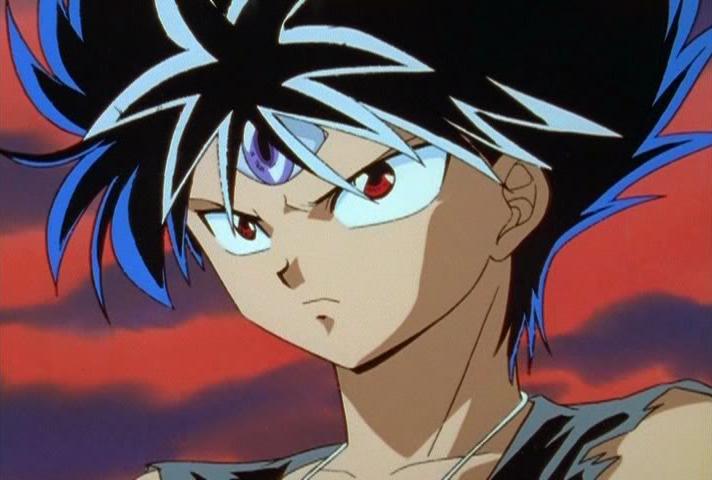 Withstanding 10,000 screams...Hiei is the number one this list besides the overall measurement of ki. Hiei wasn't born with a third eye the Jagan eye had it surgically implant by Shigure. This three-eye character from the demon world is swift, cunning, and masterful at sword fight and hand to hand combat. By his battle ability alone was able to cut down Seiryū and incinerate Bui.

You would not want what to get on his wrong side. Interestingly enough, his back story he is from a tribe of all ice women, Hiei's mother disobeyed and mated with fireman demon; thus, Hiei is born. Forbidden to be raised with his tribe, Hiei,  raise was by bandits soon himself. Hiei has a twin sister Yukina who he cares deeply about since both were separated  since childbirth. Master of the Dragon of the Darkness Flame, Yusuke, and the human world is sure glad he is an ally, not a foe.