Wax on wax off. In the journey of life, mentors are invaluable; we all need one or more in our mission in life. Whatever is your journey most likely you are going to need a mentor.

People who are trailblazers and pave the road long before you did have valuable information to give.  Mentors not only direct and train they provide a platform to do more significant works then they did.

In anime genre is no different, it is a staple in most anime genres where hero seeks a grandmaster to level their skill to new heights. Mentorship does not come cheap, most likely the person seeking mentorship have to give something of exchange to be a person worth their time. The would-be protege would have to win a mortal combat tournament, show exemplary courage, and even the challenge to make them laugh. We are going to dive deep of the most impactful mentor's characters in Anime and the impact they had on their proteges and overall stories, respectively. 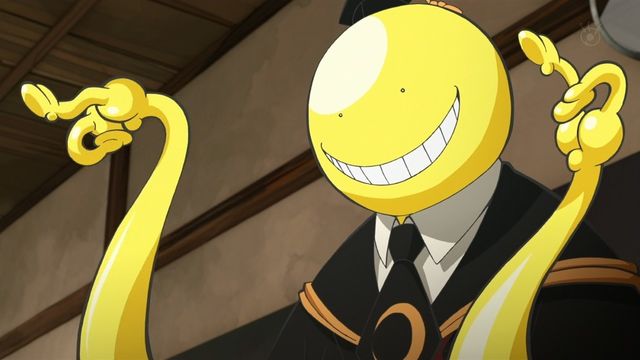 Who would sign up for tentacled being teaching you around the ropes? Koresensei a brutal assassin who grew in hard knocks of life. Being brought in an environment where trust is not an option. More often than not, people are products of their environment. Korosensei even though monster by experiment care enough for Kuri and his students. But Korosensei later went on teaching the other kids on how to be assignations before destroying the world. It showed his compassion some mentors have to teach. 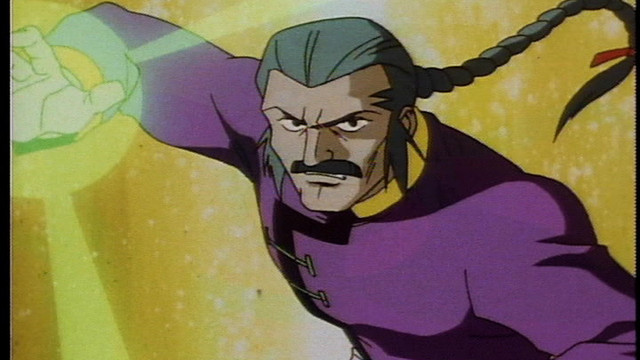 Known for as"undefeated of the East." A Native of Neo Japan who represents his country by wielding the Kowloon Gundam. Master Asia is a mentor of Domon Kasshu who taught about life and battle in his journey. He has capabilities beyond the average human, with being a master battle technician, proficient with hand to hand combat, excellent pilot of his Gundam suit. He has control over his ki and chemical process in the body to put his hand in fire without getting burnt.

8a. All Might-My Hero Academia

Most arguably the strongest and courageous hero in series. Known for having a duality of personalities, he always has a smile on his face to be a symbol of peace. Not all everyone is perfect, and everyone has their flaws, and All Might tries to hide time to time.

Undertaking Izuku as a protege enables him to teach him the heroic; however, Izuku also shows him a thing or two. 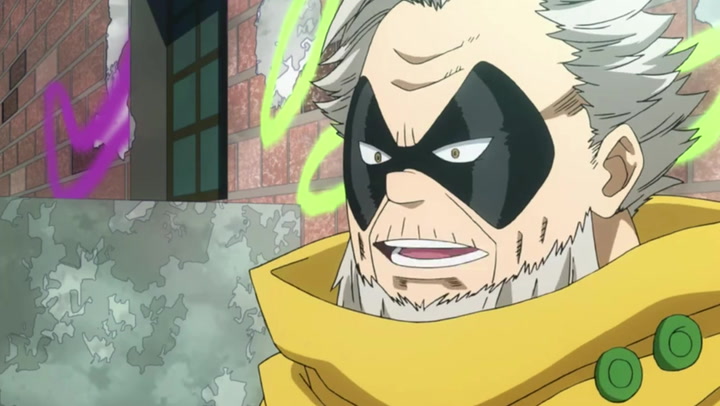 A retired hero, with a lot to give the current generation of Heroes. A mentor of All Might and Izuku Midoriya.  With his age comes board intelligence in combat and handle your quirk effectively. Because of his Quirk, which allows him to bust out the jets from his feet, this allows to attack his opponent with velocity and acceleration with critical hits All Might is the number hero is because of Sorahiko mentorship.

Known as the strongest human alive capable of natural disasters. Hayato has maintained fighting prowess and physique even in old age.  Mentors usually have to give grace in taking in a new protege. Kenichi who first started as weak and lacked potential, however, Hayato still gave him a chance at his dojo. Kenichi did not understand what he signed up for when he enrolled in Ryōzanpaku Dojo, but it ended up being the best thing that ever happened him.  Growth and pain come hand in hand when training martial arts, Kenichi is familiar with this concept Hayato made sure of it.

Learning from a mentor can be the differences from life and death; most of the techniques Silvers taught Luffy saved his life against powerful foes. Deciding to take Luffy of Straw Hat Pirates under his wing of the teach him  Haki and different forms of combat. Luffy's many types of Gear Four formed and trained by Silvers. You can't go to the next level by yourself, Luffy's training with Silvers, not all that Silvers taught Luffy is not known yet. And he probably still has a lot to learn from Silvers, will most likely be invaluable training for Luffy on his quest for becoming Pirate King and obtaining the One Piece.

Rurouni Kenshin most arguably the greatest sword fighter in anime. Where did Kenshin learn his sword-fighting skills from? Its originates from Hiko Seijuro grandmaster of Hiten Mitsurugi-Ryū.  A potter by trade he taught and train Kenshin. A mentor is not your friend.  One of the jobs of a mentor is to pinpoint weakness and strengthen your resolve and bring the best out you. Hiko may talk to Kenshin condescending manner "my stupid/idiot apprentice" it was his way to bring out the best of his protege. There is a method to the maddest.

An instructor of the Meisner Academy. Real eccentric with a desire of dissecting and chop everything including himself. Despite his unorthodox methods, he is an excellent instructor and teacher of his students. 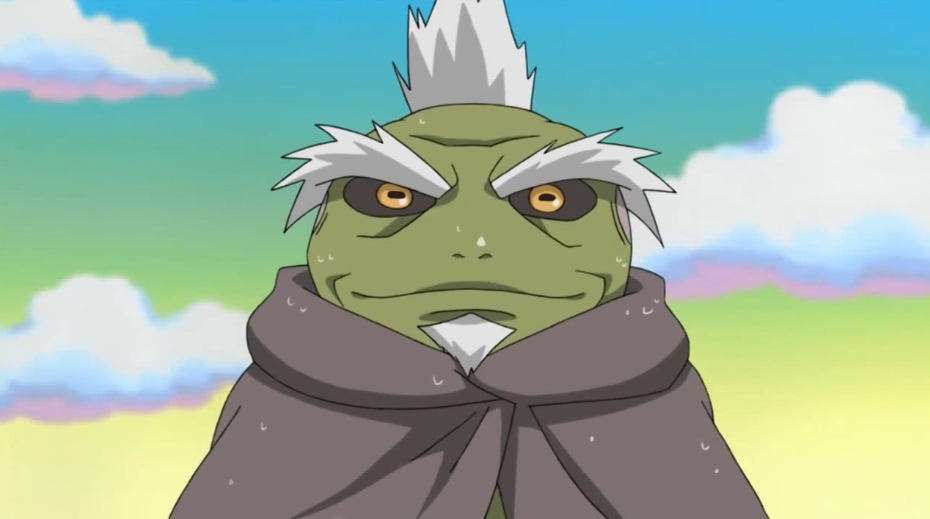 A sage in ninjutsu and genjutsu.  A mentor of mentors, who taught Jiraiya and Naruto. In the advent of pain and the death of Jiraiya, Naruto went to Fukasaku for mentorship. Never underestimate of what a mentor can teach you. Fukasaku helped Naruto tune sage nature energy. He would usually save naruto from taking too much toad energy in becoming a toad. With his guidance and mentoring help Naruto achieve sage mode gave the upper hand he needed to defeat Pain and is a constant advisor to Naruto in his Ninja journey.

Despite Goku achieving god-buster powers, he started small and sought mentorship. You are a combination of your mentors in life.

He mentored Goku and his childhood friend Killian. Master Roshi taught his proteges an ancient technique called Kamehameha wave, which took him over 50 years to master. The Kamehameha wave has been most used and variant energy technique in the series, and it originated from Master Roshi.  One of the most notable things Master Roshi did in mentoring  Goku he entered the world tournament as another alias to beat Goku so he can keep on pushing and not get complacent. 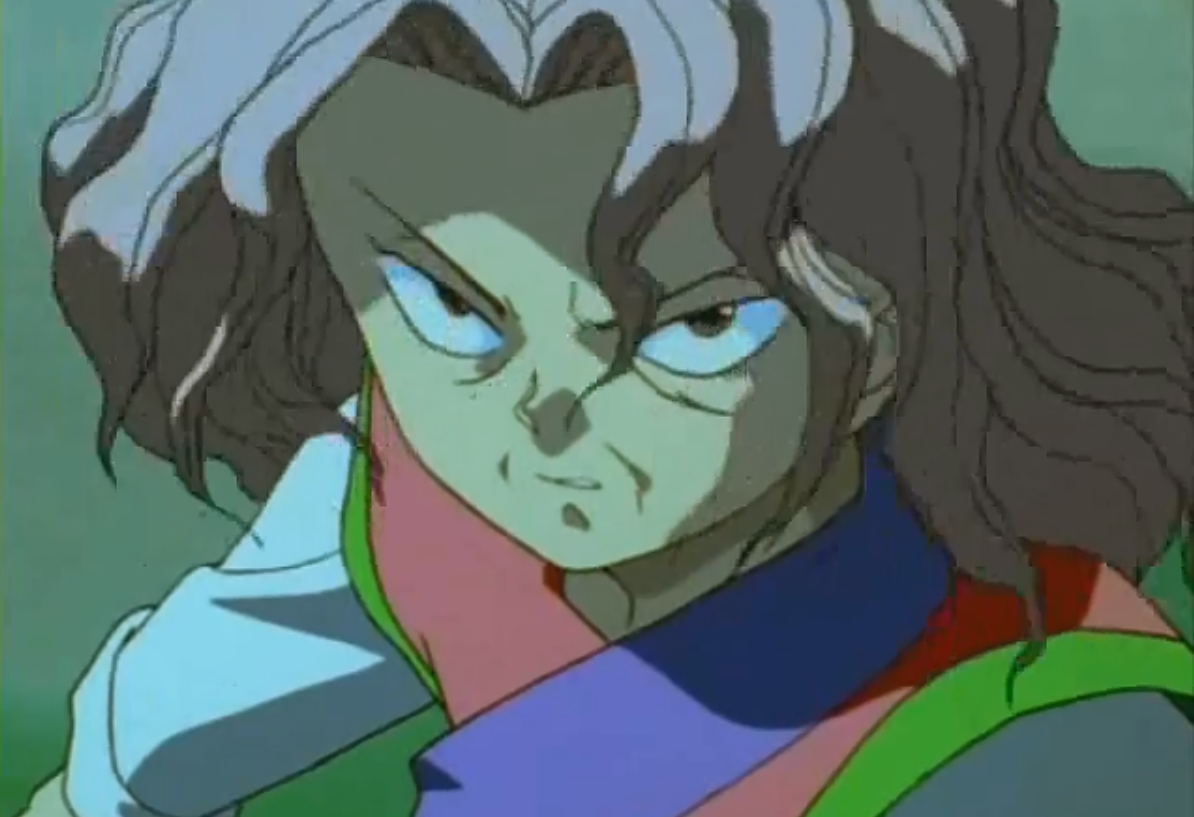 Genkai mentored a lot of fighters in her history, her most notably is Yusuke. Genkai is known for putting for her trainees into diverse and painful training situations. Balancing your spirit energy on a needle pin, sleeping in the pit of snakes, mediating on a bed of coals, and not even allowing to bath and showers are one of many ways Genkai puts through her training regiment. Genkai put Yusuke through the most pain, like putting spiritual handcuffs, and transferring her Spirit Wave technique causing grueling pain to Yusuke. Mentors training methods can sometimes be ruthless; however, wisdom is justified by her children.  By putting her proteges to near-death, they all have potent and unique spirit energies, and her most notable student Yusuke can vouch for Genkai training ways.

Who is better to teach you ancient ki techniques arts in another dimension no other than a heavenly god-being.  King Kai of the North Quadrant of the Dragon Ball universe has undertaken Goku as a protege. Goku had to travel to the spirit world and go on an odyssey on the end snake way to meet King Kai, man it has been an adventure for both them. While he resides in the small planet at the end of snake way, he has a lot of knowledge and wisdom. Responsibility for giving Goku the knowledge of Kaio-ken and Goku's strongest move The Spirit Bomb. King Kai mentorship has been ongoing for Goku.