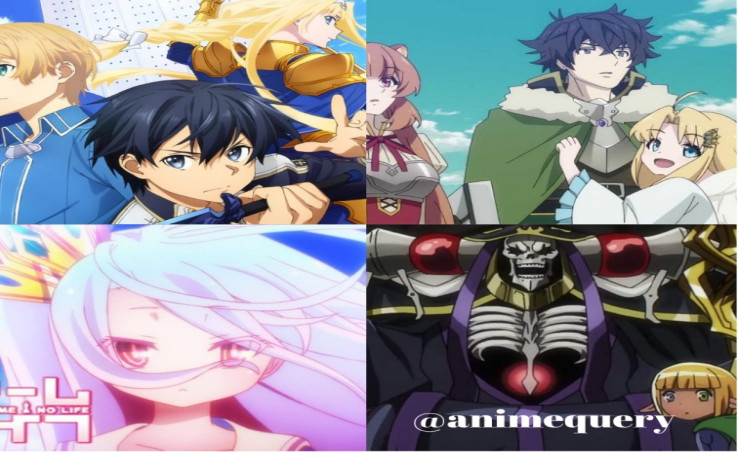 Isekai is a highly popular fantasy genre, including anime and manga. Isekai usually is when someone is generally transported to a magical fantasy randomly or reincarnated by some god after dying in rather sad ways like "OverLord". In some cases, the total opposite happens to happen where a magical being or someone from a magical world gets transported to modern japan like, “The Devil is a part-timer.” As you may know, not all Isekai created equally. While most of the time Isekai are good, some go beyond good. They're amazing, and we are here to let you know the fantastic Isekais you should watch.

That time I got reincarnated into a slime 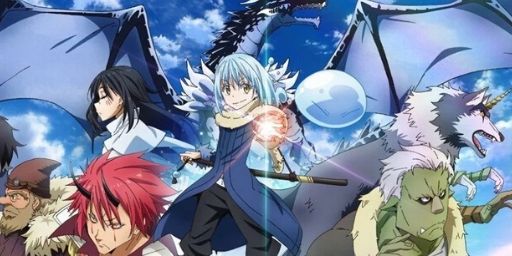 One of the most popular mangas and animes “That time I got reincarnated as a slime starts as Satori Mikami an office worker gets murdered. While dying, he was having many thoughts in his then boom he reincarnates as a slime in a fantasy world. As you know in Isekais, the protagonist has an overpowered ability, and in Sator’s case, his ability was predator, which allows him to devour monsters and obtain their skills. He meets a dragon named Veldora, who is trapped by magic. He makes a deal to release Veldora from the outside trap and help him explore the world, and the way to do this was to devour him. He eats Veldora and thus starts the adventures of Rimuru Tempest with fellow monsters, humans, and even demon lords. Despite the anime following the extremely trope, it still is a highly entertaining anime. 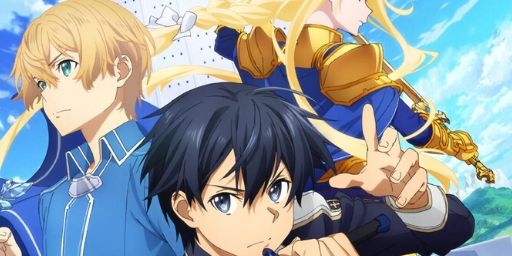 I know you heard of Sword Art Online. It’s one of the top-selling light novels and top animes of the last decade. The anime is about a boy named Kirito who gets trapped in virtual reality along with fellow gamers. While also being trapped, the catch, in this case, was that if you die in the game, you die in real life(Scary, huh?), and the only way to be free from the trap was to beat the game, which was pretty hard. Fortunately for Kirito, he was a beta tester, so he hasn’t had any difficulty with monsters and gamers since he is so strong. While trying to find ways to beat the game, he meets Asuna and more friends. The first arc is honesty, the best one out of all, in my opinion—the next two after this, where pretty dull and boring. It's just my two cents. 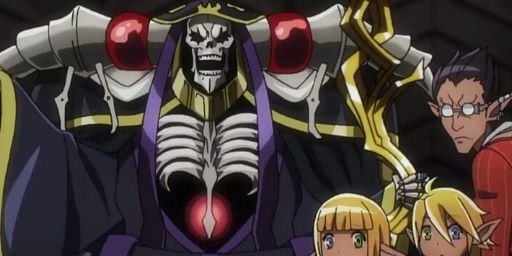 I was very skeptical of Overlord. My friends were recommending watching it, but I had my doubts. But then I gave in, and it was worth it. Similar to Sword Art Online, the protagonist Momonga trapped in a game Yggdrasil, but this time it seems to be permanent. So with his NPC allies, he starts to set a name for himself and his territory.

Re: Zero − Starting Life in Another World

Repetitive but not as repetitive as Fate/stay. RE: Zero primarily looks on Natsuki Sabara, who goes to another world like any normal Isekai. He gains the ability to be revived to a certain point when he dies, and he dies a reasonable amount of time. You can tell how much mental distress he has been through. Thankfully for him, he has his friend rem and ram and, of course, his love for Emilia that helps his mind not break.

No Game No life 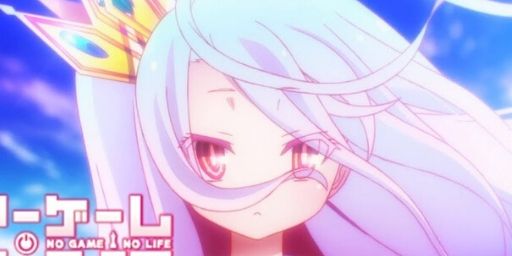 The story focuses on two neet and hikikomori genius siblings Sora and Shio, who view the world as a “shit game.” One day a man who refers to himself as “God” summons them to a parallel universe.  The cool part about this world is that conflicts can be solved through games.  Also, in this work, the human species is looked down upon and driven to its last city. Thankfully for the humans, Shio and Shiro are two geniuses who are generally unbeatable when it comes to games. This anime is very refreshing even though it follows the same Isekai trope. Having conflicts being settled through introduces a new route Isekais could take

The Rising of the shield hero 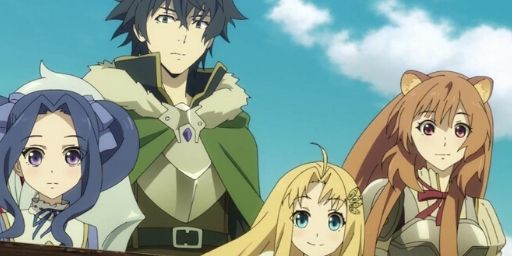 The protagonist Naofumi Iwatami gets summoned to another world with three other people as heroes who would save the world. Naofumi was chosen as the shield hero btw. The princess puts a false friendly façade towards Naofumi, and Naofumi naively believed it was her true nature. Unfortunately for him, she was plotting to ruin him. She accuses him of crime, and the whole kingdom just straight up rejected without giving him a chance. This made Naofumi turn dark. If I would describe it and he didn’t trust anyone until he purchases a slave/ ally Raphtalia, which shows him the light in the world. They soon add another member to the group, which was a bord type monster named Filo.  Naofumi dedicates to end the “waves” and return to his world.

Arifureta: From Commonplace to World’s Strongest 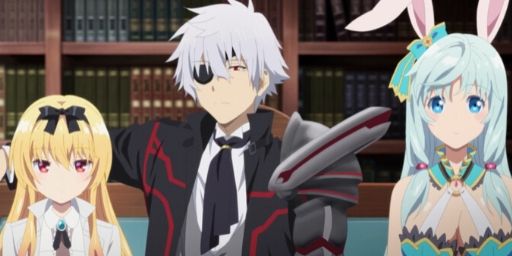 You only need one word to describe this anime and its  “badass”. Hajime Nagumo and his classmates were summoned to another world with some abilities that they acquired when they were summoned. Hajime’s classmates got hero like abilities while Hajime just could transmute objects which in the world they have transported to it not anything special, so he was viewed as weak. Hajime and his group explore a dungeon. While studying, Hajime is betrayed by a classmate and was trapped in a labyrinth to die. He does a 180 turn in personality, escapes the maze while also meeting his close ally Yue. 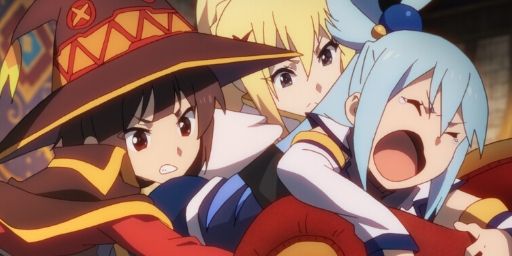 This anime is pure comedy. I highly recommend you watch this anime its just too funny. The story starts off on Kazuma Saito dies in a pretty embarrassing way. When he dies, he gets transported to some area where he meets the god in charge, which was aqua who offers a wish before hets transported to his new world. After multiple antagonizing insults, Kazuma wishes for aqua to come with him. During their adventure, they meet megumin and Darkness then hilarity ensues. 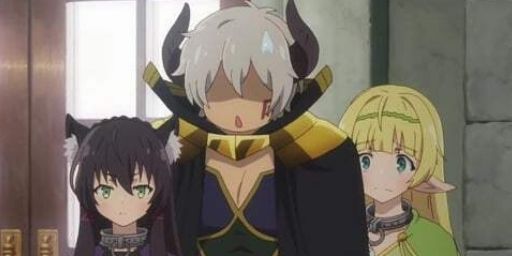 Another must watch” How not to Summon a Demon Lord”(English translation) starts off with a shut-in named Takuma Sakamoto, who plays a fantasy game called Cross Reverie, which is also the place he got summoned by the game characters Rem and Shera. He is summoned as his game character diablo, who is a very powerful demon king. Since Takuma isn’t really that gifted with communication, he goes with the persona of his character. Rem and Shera attempt to put slave magic on Takuma( we’ll refer him as diablo from now on), but the magic was reflected rem and shera, so now they both are Diablo’s slaves. Diablo vows to release them from the spell, and their adventure starts.

The Hero is overpowered but overly cautious 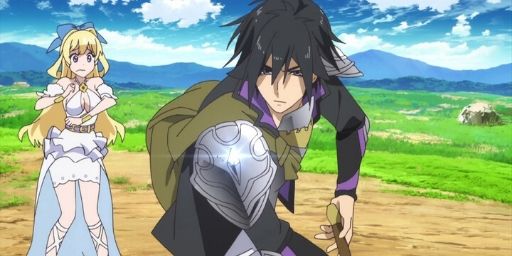 The Goddess of Healing Ristarte summons the protagonist Ryuguuin Seiya to save a world( Geaburande) facing its upcoming doom. Seiya had all of the qualifications of a hero. Good stats, unlimited potential, and good looks. He’s everything the Lista wanted, but there was the one-off thing about Seiya. He was way too cautious. He needs always needed above and beyond preparation to make sure nothing can go wrong.  This anime is honestly is one of my all-time favorites with its comedy and great fights. I suggest you should watch it also. It’s genuinely excellent anime.