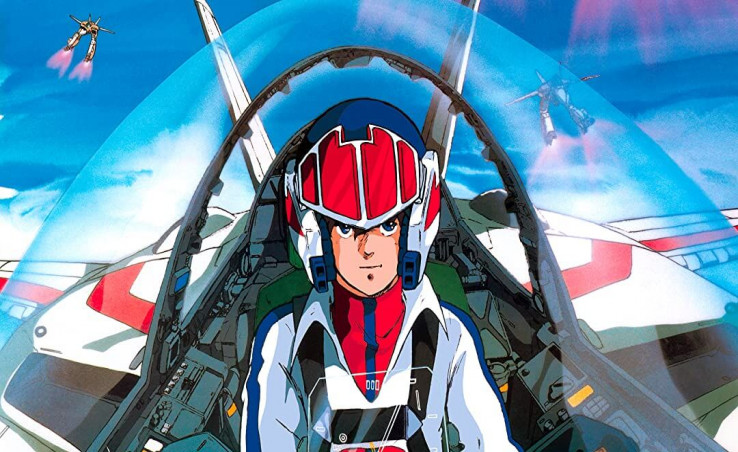 Similar to Gundam, Macross was proposed as a more comedic mecha option to Gundam. Made as early as the 1980s, Macross, like Mobile Suit Gundam in the world of Macross, their conflict seems to be the center of the storyline, but unlike Gundam, Macross has music as a big role in the series as music represent some type of power. In some series, it’s a critical piece in the plot. Some series of Macross isn't really serious like the others. A little bit like Gintama, where one episode is peaceful and full of comedy and one episode is serious and tense. Not only does it have a good amount of different series, but Macross anime order also has OVAs and movies, so you may not know where to start.

In most cases, the way to watch anime with multiple series would be to watch it in order form first made to the latest. The creator of Macross Shouji Kawamori says that each series can be standalone, which is simple and easy if you don’t plan on watching movies. The movies and OVAs are basically recapped but with added scenes and all that good stuff. A nice bonus with Macross is that it’s easy to figure out what the series will be about as each series a setting scene. So, you won’t be typically confused.

The first series you should start with. Why? Well, because it’s the first one. Super Dimension Fortress introduces the first meeting between humanity and the aliens called Zentradi. This series also has a 30-minute music video collection(Macross: Flashback 2012) with a movie( Macross: Do you remember Love). Macross: Flashback 2012 adds clarity to the original series. It adds to the end of Super Dimension Fortress, giving it proper closure.  “Macross: Do you remember love?” changes on how some events in the ordinal series are played out at the cost of leaving out some small details. Mainly minor background details are left out, though. The beauty of the movie is 2nd to none, so I advise you to watch it.

A good but short OVA. Macross plus doesn’t have a lot of conflicts. It just follows the rivalry of two pilots who are testing the next-gen variable fighters. Macross plus also does have a movie added with it, but the film is just a theater version of the series, so you don’t have to be worried about it. Watching is not required.

Humanity had a goal of spreading their race across the galaxy, but unfortunately, an enemy had different plans. To thwart the threat, Macross 7 uses the power of music(specifically rock). Sounds silly, right? Macross 7 has to be one of the top silliest series here. The music is good, and the show is top-rated. Macross has three more installments, which are a movie and OVAs.  The first OVA “Macross 7 Encore” has three unaired episodes. The 2nd  OVA “Macross Dynamite 7” is the ever so entertaining of adventures of Macross 7 but one year after the concluding events of the original series. Just like the original, this OVA is highly enjoyable. The movie “Macross 7 The Movie: The Galaxy’s Calling Me!” is just an extension of Macross 7. I wouldn’t label it as an actual movie. But good never less

How come some aliens don’t like humans? A question that might never be answered. Macross frontier is similar to Macross & story-wise. Humans are just trying to spread their race across the galaxy, but aliens don’t want it to happen. Macross Frontier has been labeled the best series in the franchise. The creators went all out to celebrate the 25th franchise anniversary. It's not as severe as the other series, given that’s there is more slice of life. This series is packed with three movies. The movies are “ Macross Frontier: The False Songtress,” “Macross Frontier: The Wings of Farwell”, and “Macross FB 7”. “The False Songtress” is half recap and half story while “The Wings of Farewell goes along “The False Songtress,” but instead of half recap, this movie has more of a news story. It helps answer questions you may have about the vague ending of Macross Frontier. “Macross FB 7” is honestly just a recap of Macross Frontier, so you don’t have to watch this movie.

Instead of aliens stopping humans from spreading their race, humans conflict with the Var Syndrome. The Var syndrome infects its victim, making them violent. There always a solution to everything, and the solution to the Var syndrome symptoms is music. You guessed it. In the Macross Delta series, you follow the idol group known as “Walkure” as they go against the Var syndrome and ultimately get into an even bigger fight. This series puts more focuses on music/ song instead of combat. In other words, they went back to their lax/ silly approach. If you’re familiar with how Macross goes, this series will be a joy to watch.

Macross II: Lovers again is the last series released in the Macross anime franchise. Believe it or not, Macross II: Lovers yet was made before Macross 7. Who knows why they released it last? This series isn't everyone's favorite to watch, either. It follows the typical Macross set up with fighting aliens and using the music as a power. But since it was made before Macross 7, it doesn’t even follow the original events. It's like they just brushed away the canon events. The original creators didn’t feed into as much as the other series. I think Macross II: Lovers again is good since these series were made as standalone. So the events that were brushed aside don’t bother me, and hopefully, it doesn’t bother you with other macross timeline.