Today we are going to give you guys the watch guide of the ever so popular Fate/ Stay series. Fate/ Stay has many titles with each one having it’s additional makes it can be difficult even to follow. The simplest way to get an understanding is to watch each series in which we created for you. What ties the Fate/Stay series together is the Holy Grail War. The Holy Grail war usually consists of 7 seven masters, and each master has their servant, which they summon.

Each servant is based on a historical figure in real life, like King Arthur, Hercules, etc. They don’t go by their real names but instead go by their class. Each servant has a specific level, and those classes are Saber, Lancer, Archer, Rider, Caster, Assassin, and Berserker. The Holy Grail War is brutal and has a lot of discord as war usually has. Anyways that’s enough of some background information. Let's get to the Fate Zero watch order. 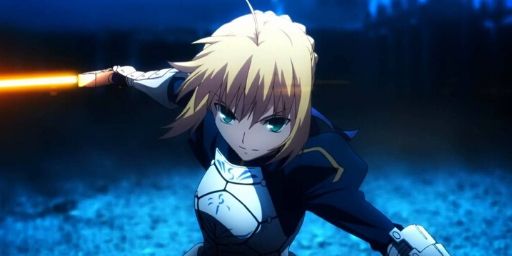 This part was based on the first route of Type-Moon visual novel. Fate/ Stay Night follows the protagonist Emiya Shirou who's in a world where Masters are battling for the Holy Grail. The Holy Grail is an omnipotent existence that can grant one wish. Everyone has their preference, either good or bad. Emiya Shirou is just a high school student he encounters the servant's Lance and saber with saber declaring Emiya as her master, and this is where the adventure starts. 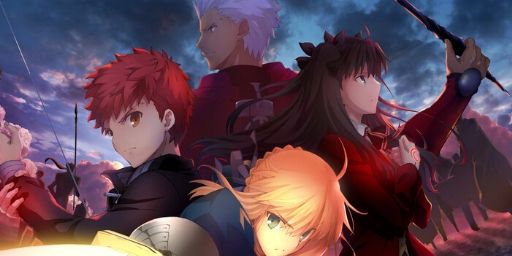 There was another similar blade works film, but this anime goes more in-depth on the relationship Emiya Shirou and Rin Tohsaka. This anime, Shirou is thrown into the fight of the holy grail, but this time he's able to form a truce with Rin, who is his classmate and pretty powerful master.

This anime was a prequel to Fate/ Stay Night. It was set 10 years ago. Instead of Emiya Shirou being the main protagonist, the protagonist this time, the legendary accomplished master Emiya Kiritsugu who is also Emiya Shiro's adoptive father. Emiya Kiritsugu has a reputation for being the Magus Killer, and like everyone else, he is chasing the Holy Grail. His dream is to achieve a world piece. His ideals and goals serve as a conflict between him and the masters 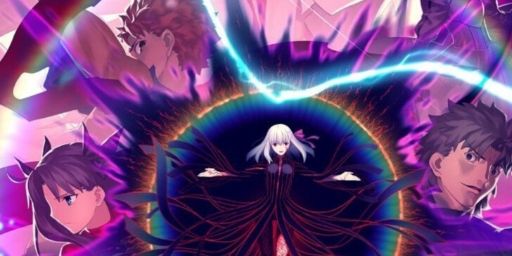 This anime doesn’t focus on either the Emiya’s but focuses on Emiya Shirou’s friend Matou Sakura. As usual, Shirou is drawn into the Holy Grail war; he starts to figure out/ understand Matou’s role in the war.

There is also a 2019 film of this series immediately resuming on the events of the first series. Saber is presumed dead, and Shirou has been eliminated from the war as the master he still seeks out to help others. It’s honestly a fantastic movie, and I highly advise you to watch it. 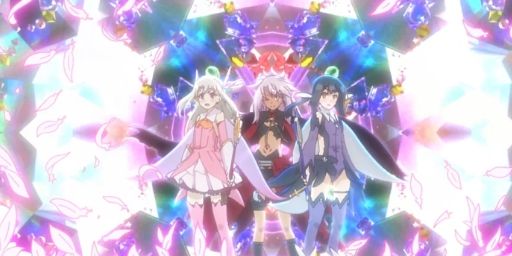 This film is just a spin-off. Emiya Shirou’s sister Illyasviel von Einzbern is the main protagonist in this spin-off.  Illya is suddenly transformed into a magical girl by the Kaleidostick Ruby. She is tasked to find the seven class cards under the supervision of everyone's favorite Rin Tohsaka. You would expect there would be a Holy Grail War, but this time the Holy Grail war was prevented, so there was peace in a sense. This series has a total of 4 titles with a movie included. So if you like the first series, you can binge-watch.

Fate/Apocrypha is set in a parallel universe from Fate/Stay Night. Instead of the fight between Master/ Servant pairs, the story focus on the battle between the Black Faction and the Red faction from the Mages Association and the Yggdmillennia. 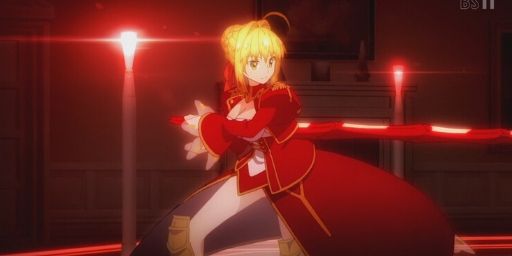 Today's Menu for the Emiya Family 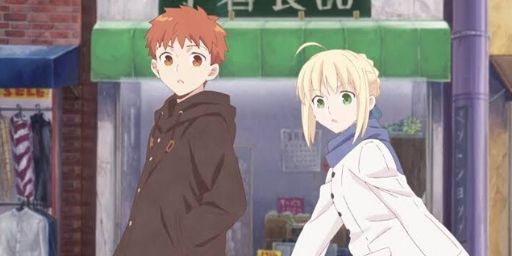 Another Fate/ Stay spin-off. This was is relatively peaceful as it’s about Emiya  just cooking up tasty dishes for the Fate/ Stay characters. This spin-off takes a refreshing turn for peace instead of the typical Holy Grail War going on.