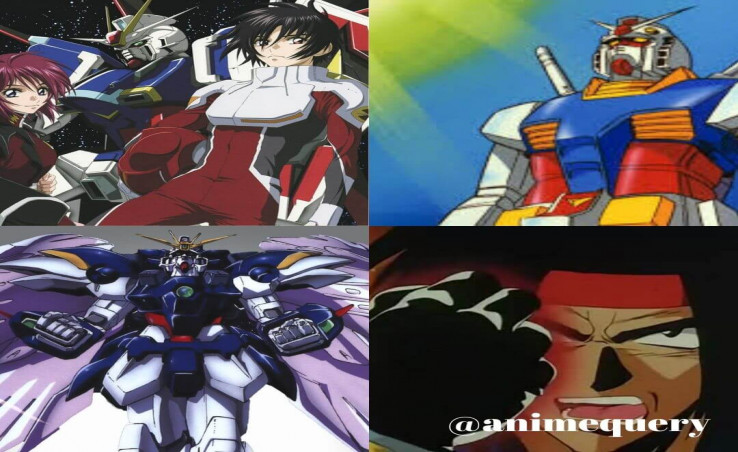 It looks like you finally wanted to start watching Gundam. At first, it looked like a smooth ride until you saw just how many series Gundam has. It's honestly kind of intimidating, but it's binge-watch heaven. With so much series confusion on which order to watch all of it is bound to happen and if you aren't' that big of an anime fan, you most likely won't even be motivated to watch it all. You can watch each series as its own story similar to Macross, but for some, you won't connect all the parts as each set is somewhat connected.

But if you are genuinely motivated to watch every round of Gundam, don't fear AnimeQuery is here. The thing about Gundam is that there is a multiverse in the story. Some series go with others and so on. To properly watch Gundam, you have to pick the universe you want to see first and watch the sequence in that universe in order. Well, the question now is what the Gundam universes are? The three worlds are Universal Century, After Colony, and Cosmic Era. There are also one-shot universes. That's enough babbling here is our Gundam watch Order.

Out of the three universes, this universe is the one that you must watch as it has the bulk of the Gundam story. Universal Century was also the original universe.

In the Gundam timeline, "Gundam: The Origin" is before "Mobile Suit Gundam." Even though it's earlier, I still recommend you still watch the first series before this one. Char is still a child, and this series puts more details on creating the Republic of Zion and how the One Year War started.

The 08th M.S. Team series is a side story of the One Year War. Instead of focusing on the protagonist ace pilots, "The 08th M.S. team," this series focuses on ordinary soldiers' lives. It may seem tedious, but it does have the drama, which will have you binge-watching this series.

Like "The 08th M.S. Team" as this series Is a side story in The One Year War, instead of focusing on ordinary soldiers, this series focuses on a child(who's not in a related army) experiencing the horrors of war. To note, this series is shorter than most series, but it's a good story.

This series is a prequel to Zeta Gundam, which will be next on our list. It sets you up nicely to understand the events that happen after the One Year War when the Federation turns terrible.

Zeta Gundam takes place after the One Year War and follows chars. Zeta Gundam features Char's redemption and the harsh rule of the Federation.

Gundam Z.Z. is Zeta Gundam, with some differences.  It was darker than your average Gundam series, while Gundam Z.Z. is more friendly/ humorous. It's a whole 180 in the feel of the show. The story isn't anything to die for, by the way. It's not engaging, so you won't lose out if you don't watch it.

Gundam Unicorn sums up this universe of Gundam. It goes back to the beginning of human space travel and when the protagonist Banagher solves the mystery.  Gundam unicorn is also very appealing to the eye with its clean animations.

At first, this series would be a whopping 50-episode series but instead was made into a movie. The story in the film is just about frontier colonies rising against invaders. It's nothing extraordinary here.

Victory Gundam has the basic Gundam story of a young boy being a pilot of the mecha and going against the Zanscare empire. The information doesn't relate to the other universes even though it's in the distant future.

The 2nd Universe in Gundam after Colony is known for having the most popular Gundam series. While having the most popular series, After Colony only has two sets, so you can say the development is somewhat lacking. This universe also emphasizes more into combat than the politics you're most likely used to. The story that this universe follows is similar to the development of the first universe, but this time, Earth is displayed as the villain.

Five Gundam pilots are the protagonist in this series.  These Gundam pilots were sent from the colonies to cause chaos on Earth while also showing their journey along the way. In my opinion, the rewatch value for this series isn't exceptionally high, so it's one and done.

Think of this as Gundam Wing 1.5. Endless Waltz dives into the past of the pilots more. The reason that viewers watch the Endless Waltz is for the tremendous mobile suits.

In this universe, instead of Earth vs. Colonies, the main conflicts are natural and genetically altered humans/ Coori. Cosmic Era, you could say, is also essentially an update from Universal Century.  The animations have been superbly upgraded, and the battles look fantastic.

Gundam Seed is a prettier Mobile suit Gundam. Here you get a similar plot and tropes. Gundam seed also has the same pacing feel to Mobile Suit Gundam. It can get slow and tedious, then at times, it ups the pace and becomes more engaging.

A series follow up to Gundam seed. You can think of Destiny like Gundam Zeta as they were both follows their earlier set. Just like Zeta Gundam Seed, Destiny takes a darker turn than Gundam Seed. Although Destiny may be darker, it stills has the Gundam Seed liveliness.

This series, just like Stargazer, does not expand the story from Gundam Seed. This series tells side stories and tosses aside the main story, so this series isn't worth watching.

These universes only contain one series, and these series have different settings from the Gundam series above. Don't worry. These may have vastly different locations these series still include that Gundam theme people love

Gundam X follows a thief just trying to stay afloat in a destroyed world.  Earth had created mobile suits that could destroy a colony in one shot, and in reaction, the Colonies then put empty colonies on Earth and commanding the portable cases to ruin the planet. So here, you can tell that this series is a post-apocalyptic genre.

The space colonies are holding a tournament (Gundam fighting tournament) to decide a leader. The participants are Gundam pilots on Earth that were chosen by the Space Colonies.  The plot is meh in all honestly. This series may have it's shining moments, but it's your regular fighting anime.

For starters, the characters in this series are not likable. Let's get that known. Anno Domini is about three factions close to being at war with each other and a group named Celestials beings. Celestial beings develop the first Gundam suit and intend to use the Gundam to destroy the near warring factions if a war ever breaks out. It's an intimidating way to force peace. The story is surprisingly impressive, but again the characters are not likable, which makes it kind of hard to watch

A separate race of humans who live on the moon decides to visit their distant brethren on Earth. It follows the classic Gundam with a war starting to break out between the Moon race and earth-dwellers as the earth dwellers want to return home. This series has great animation and Gundam suits. The characters are on the young side to add as well, which takes away from the plot.

This series is a 3-in –1 type series. The story follows the main character, Flit as a child, as an adult, and as a great grandfather. The setup of this series may be different then the other series the story is not, just like the original Gundam series Advanced generation tells the story of the One Year War.

Humanity has achieved peace by adopting anti-technology religion. All is well. Except that one kid wants to ruin that peace with a Gundam he discovered. It's unbelievable.  What else is unbelievable is just how complex the story of this series is. You'll probably get a gist of the story until the end as they explain it then.

This series was set 300 years after the Calamity War(which was in this universe). Earth's government has changed for the better, causing peace as Earth achieved Mars has not because there is a war brewing on Mars. There is a serval rebellion between private armies for various reasons.