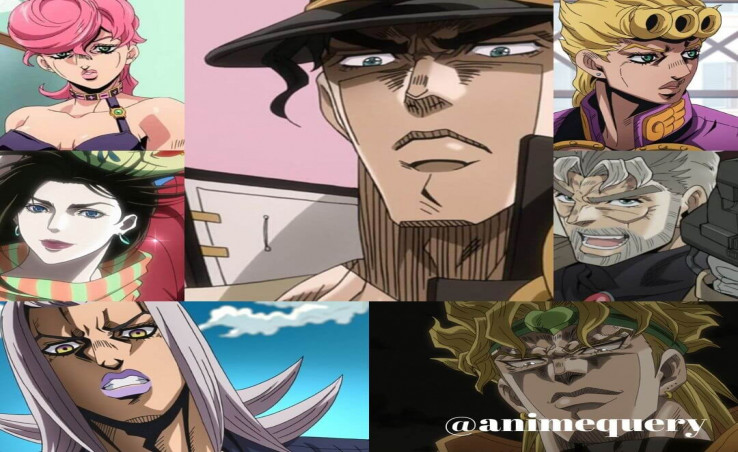 Jo Jo’s Bizarre Adventure is a beloved anime by most, if not then, all anime watchers.  What started as a show that was about weird crazy poses and funny jokes has turned to a show which honestly a plethora of people watch.

Even though Jo Jo’s bizarre adventure is highly prevalent, even with major actors like Clint Eastwood, there are still people who still haven't watched it yet. Well, I want to tell you guys that you're in for a sweet treat. This anime will grow on, and it will be one of your lifetime favorites. The whole series divides into five parts. Sounds interesting, but we’re here to help you get caught up.

Part 1 or Phantom Blood follows the life of Jonathan Joestar or "Jo Jo" as he masters the martial art Hamon and solve the mystery of the Evil Stone Mask and stop the evil antics of his adopted brother Dio. Dio's goal was to steal the Evil Stone Mask from the possession of Jonathan's father George and use the mask for his intentions.

JoJo’s Bizarre Adventure Battle Tendency is the 2nd part of the series. Phantom tendency was animated together with Phantom Blood. This time Phantom Blood focuses on Johnathan’s grandson Joseph. Just like his grandfather, Joseph Joestar's goal was to unravel the mystery of the Stone Mask.

He masters the martial art Hamon as well. Instead of defeating Dio. Joseph focuses on overcoming the Pillar Men, who were a trio of ancient Vampires who intend to take over the world. Both of these were mangas in 1987, so the style might not appeal to modern-day anime watchers. The anime does a great job of making things swift and making the 33-year-old anime enjoyable. Both of these parts can easily be streamed and downloaded.

The most memorable part, Part 3, this time focuses on Jotaro Joestar. A young extremely buff high school student and the one and only Joseph Joestar who set out to save their mother and grandmother holly from a stand that is slowly killing her.

To stop this, Jotarao and joseph set out on an adventure to stop the cause of this, which is our own pal Dio who created an army of stand users to stop the gang and their goal. Instead of using Hamon characters in this part, use Stands, which are a manifestation of “someone's physical energy.” Not all stands are the same as you can see in the show; everyone has their unique stand withs it owns unique power.

Take Jotaro stand, for example, one of the few humanoids stands, and it just brutally beats its enemies. Others not so much but can still be deadly, nevertheless. After watching this, Jotaro will be your favorite Joestar; he’s the too badass man. You’ll love the other characters as well. In my opinion, this part has the most lovable charters(well to me, that is).

We’re almost there hang with us. Diamond is Unbreakable as you can see part 4 of the JoJo series JoJo’s Bizarre Adventure Watch order. This part is not your usual JoJo as it looks more vibrant than the past series, and it’s goofier. In the beginning, though. The protagonist which are Josuke Higashikata, Koichi Hirose, Okuyasu Nijimura, Rohan Kishibe, and our favorite Jotaro Joestar, meets a twisted serial killer.

This time the series follows Giovani Giovanna and his gang, who are just trying to get by. The exciting thing about this part is that Giovanni, who is of Joestar descent and is also Dio’s son( Crazy, right?). Giovanni and his mob( who are Bruno Bucciarati, Guido Mista, Narancia Ghirga, and more, the team) try to figure out who cutthroat is or Boss.