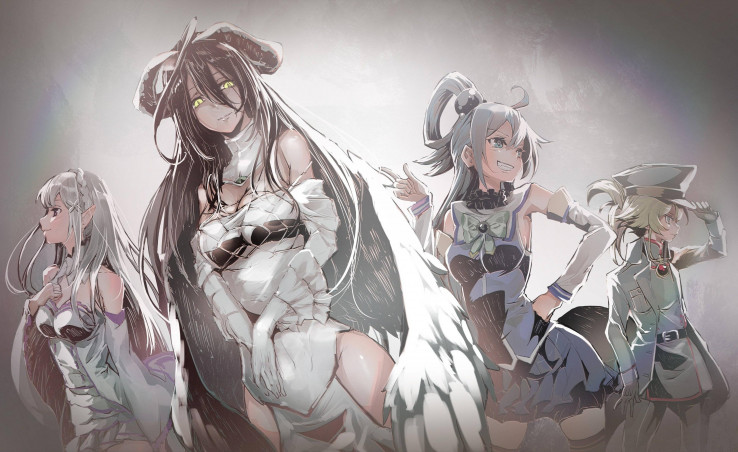 There has been an enormous surge of popularity in Isekai anime/manga. It was like an uppercut to the chin; you didn’t even expect it. You have many other genres of anime that are good and booming with popularity, but why is Isekai overtaking? Well, to start, what is Isekai anime? An Isekai is a fantasy subgenre of manga, videogames, anime, etc. on where the main characters usually die ( commonly by a truck or just being murdered) or get transported or even trapped to a parallel universe/ fantasy world. In other cases, it can be when the real world transforms into the virtual world.  The protagonist is usually a neet or someone who doesn't have really anything much going for their life( in the new works now). When they get transported or reincarnated, it's almost like they get a fresh start, To fulfill things they haven't fulfilled in their past life. When the protagonist reincarnates, they can have a whole range of special abilities, like being severely overpowered.

And being unbeatable like in “In Another World with my Smartphone” or have nothing and has to grind to become something like the ever so hilarious “Konosuba.”Usually, the protagonist is reborn as a hero to ave that fantasy; in some cases, they are reborn as historical generals in Japanese history so it can go all around. You can say that Isekai provides a refreshing taste to the mouths of anime fans. Isekai provides Escapism. There are classical sources or even new sources like Alice in Wonderland who follow the trope of Isekai, but Isekai brings a wholly unique flavor. It reflects the real-life dreams of people. I’m sure we imagined as kids we were inside a fantasy do whatever we wanted.

Not only this, Isekai has a plot that is favored by others like growing more powerful and getting money, fame, and women.

The addition of an RPG system makes Isekai relatable to gamers. Leveling up, collecting items,  skill levels, and all that good RPG things are an excellent attraction. The demographics of Isekai is a late teen or early adult in an urban, consuming, and repetitive, dull world where the protagonist loses the meaning of being in the world( Well, not that losing meaning). With this, it makes sense why fantasies are popular — having yourself reincarnated and just being a total badass saving the world and whatnot.  Isekai is a straightforward genre to write about because it’s incredibly flexible. Like a character, justs gets transported into another world, and you don’t need to get in-depth with the character's past relationships/ interactions. When a role transported, they are immediately given or immediately found a mission to do, so when it starts, it gets right to the story. You don’t have to focus on the small stuff, so it’ helpful.  It’s one of my favorite genres to watch honesty, and you can expect that its popularity will last a very long time, probably 10-15 years until the pope’s taste have changed.