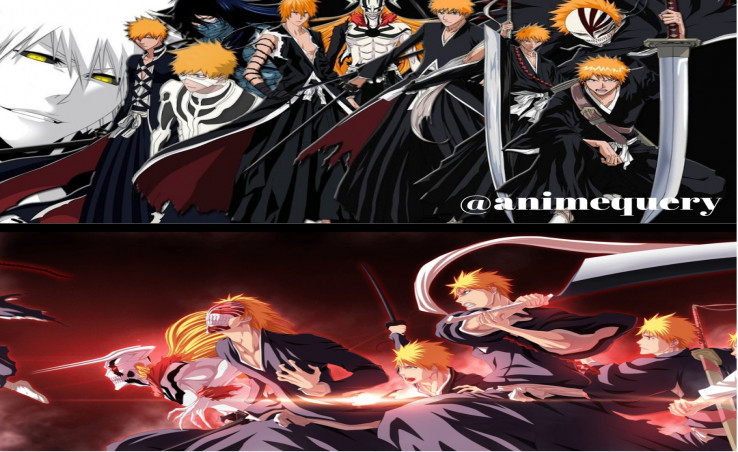 Let's look at the man the myth and the many forms of Ichigo Kurosaki in Bleach series. All through the show ended in an undesirable fashion; however, the one thing that kept the exciting dynamic in the story is Ichigo's many transformations. A more in-depth look at Ichigo, his character remains static throughout the whole series, Ichigo character is not that relatable, and Ichigo didn't have a clear goal of what he wanted to be; instead, he played reactionary in the series. The forms he took were particular to the fact of someone else putting something inside of him or the cause of events that unfolded. Honestly, it wasn't his intended for the things that happened but by some else's will. Nonetheless, lets deep dive into ichigo forms and transformative processes in the Bleach series. 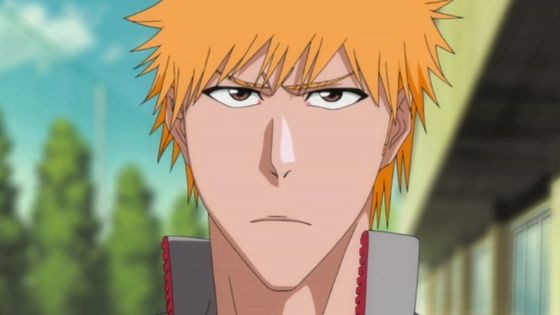 The Human Next Door Form. We all got to start somewhere, even for the "I am the coolest guy in the room" Ichigo. Like average boys who wanted to do good in school and get a promising career, so he can to raise a family in the material world. Little than he knows, the Spirit world wouldn't allow that expression. Upon his fateful encounter with Rukia, things would never be the same.

The Vanilla Soul Reaper Form. His fateful meeting with Rukia is iconic in the series. In which she gives him her soul powers, "RSPAAS," or "Rent Spiritual Powers As A Service,"  get access with a  30-day free trial trail! Upon being bestowed with rented soul reaper powers, he did prove himself to be capable of the job and natural at it. As if Ichigo was born for it? It is interesting to note how Ichigo's life took on two forms, and it conflicted with the natural and spirit world. But little did he know Rukia rented soul reaper powers came at a price. 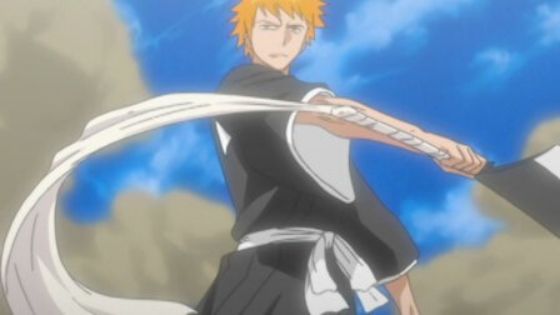 Should I lease or buy this...oh wait, let's talk about Bleach, we don't want to get sidetracked here! Upon meeting his mentor Urahara. The x-soul society convict taught him the ropes of what it means to be Soul Reaper and the different aspects that come with it. Urahara also helped Ichigo's introspective encounters with himself. It's fascinating how soul reaper Ichigo was able to fight  Kenpachi in this form, like really! 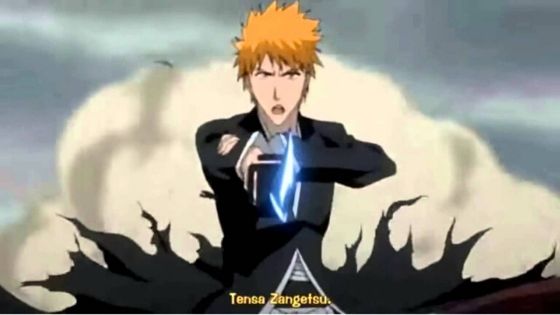 I learned my Bankai in Three Days From. The person that rented me her powers...yeah, about that, now I have to save her from execution and fight against people who run the spirit world. What would generally take 1000s of years to manifest, the spiritual genetic freak Ichigo did it in three days, and just in time to save Rukia from execution. Hmmm, what a coincidence withholding plot armor. Bankai Ichigo manifesting his Bankai form so soon came at a cost where he started to crush his bones because of the power. The fight he had with Byakuya is exciting to watch, a top battle in the series. Ichigo Bankai form has been a classic and main go-to though the series. 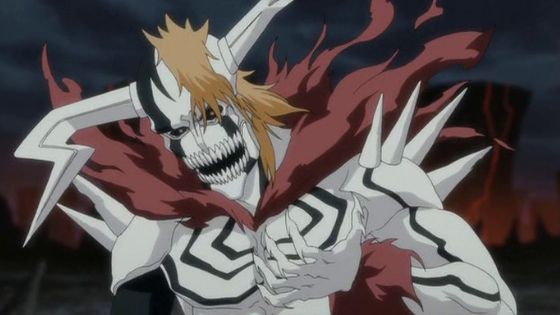 We all need therapy for time to time, especially now in the digital world we live, but man Ichigo needs an exorcist! Would you know I took a 23andMe test and found out I have some hollow? Would of never know? Really no. Upon deep diving into the inner being of himself, Ichigo would have to fight with more of the other parts of himself. 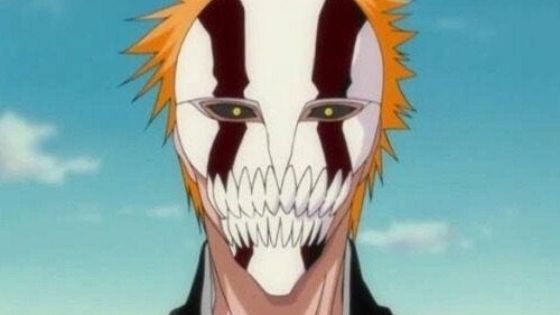 You could call this  Jackel and Hyde Form. Living on the edge of insanity and sanity. Some people it just takes one bad day then they turn over to madness. However, with hollowfication Ichigo, it comes with increased power and speed. If it were not for Ichigo's hollow mask, he would have died a couple of arcs ago. In his 1st Hollowfication, Ichigo could only stay in this power mode for no more than 10 seconds, or he transformed into full hollow permanently. With his fight with Grimmjow was a 10-second brawl, it could be hours if two supernatural beings fight in the hypersonic speed of some hidden dimension in the spirit were time extends. However, in his 2nd Hollfication, later on, he went on mastering Hollfication, not having the 10-second limitation. 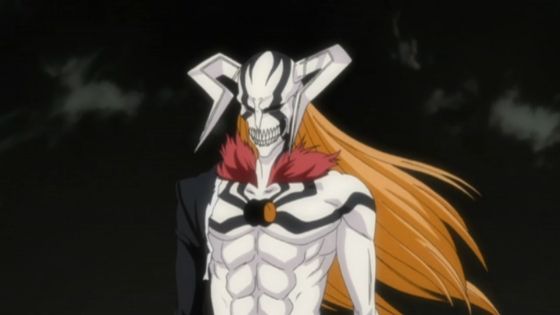 My Name Be Sounding Like a; Spanish Hard Drink Form. To this point, this has been Ichigo's hardest fight with  Ulquiorra. The struggle and fear in Ichigo's eyes with facing Ulquiorra, the strongest arrancar in Hueco Mundo. Ichigo tried everything and fail and miserably, facing Ulquirorra was death row with Ichigo. Upon dying to the hands of his enemy, Ichigo got resurrected to  Vasto Lorde  Ichigo and brutally killed Ulquiorra. If not taken with "canon" of the show and manga, this would be the last time Ichigo took upon this full manifestation Ichigo hollow form. 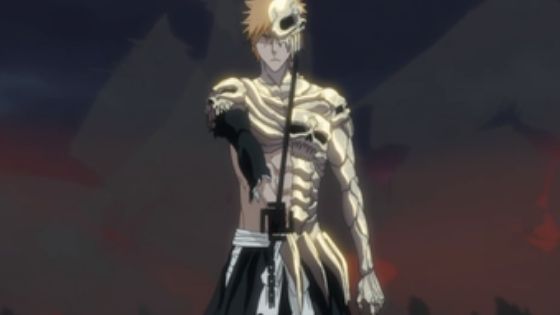 I need to get saved. Let's venture off the main storyline into a Bleach movie; this form had a form that we can take notice of. In the movie Bleach: Hell Verse,  Skull-clad Ichigo attains power from the Kushanāda to punish  Togabito and Kokuto for their sins; it's a sad world. 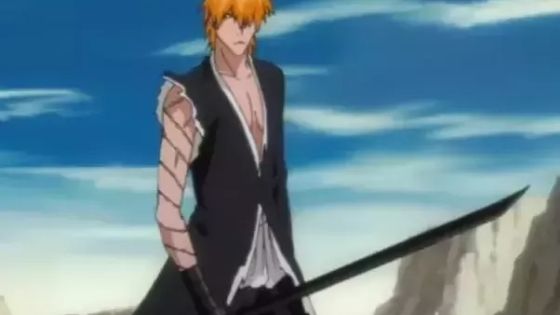 We are climbing up in this world. Sosuke Aizen is achieving zero form, Yamamoto Captain of Squad 1 of the soul society has failed in stopping him, and Aizen is about to force his way into The Soul King chamber to become a god. Who cloud possible stop him now. Here comes Dangai Ichigo, to save the whole Bleach universe. Ichigo achieves this form of training with father in Dangai, a gateway between the real world and the spiritual world where time is condensed, giving Ichigo time to meditate and gain his newly found power. Ichigo has a vision with himself and has to overcome another part of himself, to achieve this height power. 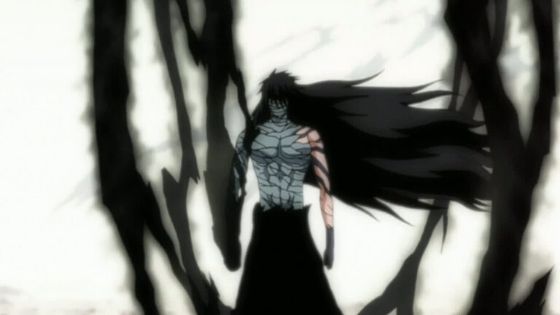 My Name Be Sounding Like A  Japenese Hard Drink Form. Ichigo attains his new power, but it comes at a grave cost. Ichigo is willing to do anything to save his friends and family. The Final Getsuga Tensho or Ichigo's Mugetsu will use all of his Reiatsu and soul reaper power and become a mere human. Upon the encounter with Aizen, he uses  Mugetsu to weaken Aizen so that Urahara can put him to a binding seal. Even using up all his soul reaper powers, Ichigo should live a normal life as a human. Some would argue that the story of Bleach should have ended here. Nope, the story goes on and much deeper from there. 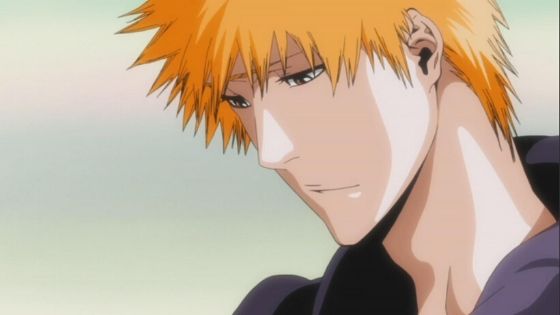 Starting from ground zero. I unleashed everything to defeat my foe. My prominent soul reaper powers are leaving me every moment what now? Well, I can always get fullbring. Ichigo's fullbring comes with many different releases. The exciting part of this dynamic any mere human can get a fullbring. Chad and Orihime Inoue's spiritual power is fullbring. 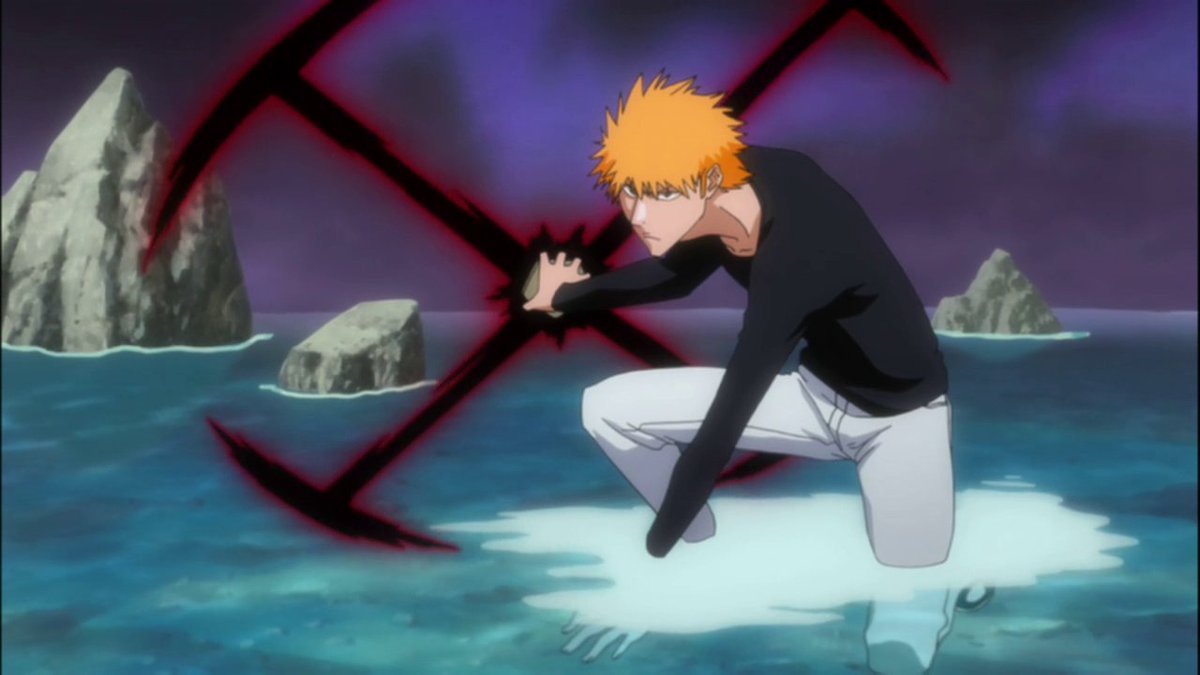 My Spiritual blades are looking controversial. Working hard to use spiritual powers the good all fashion way. Training with Jackie Tristan comes with benefits. Ichigo's 1st fullbring form has these fresh spiritual blades for slashing and hacking   True Shikai 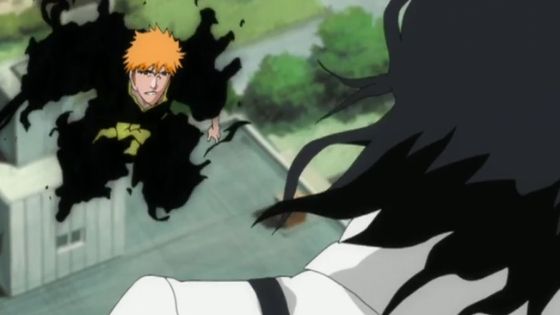 I'm officially a Ghost Type Pokemon Fullbring form. Climbing that latter of Ichigo is going through a metamorphosis, and the new look comes along the way. With Ichigo's 2nd Fullbring form is looking like ghost type pokemon. Seriously, it's a further manifestation of his former one, and blades are clothing him like a mantle. 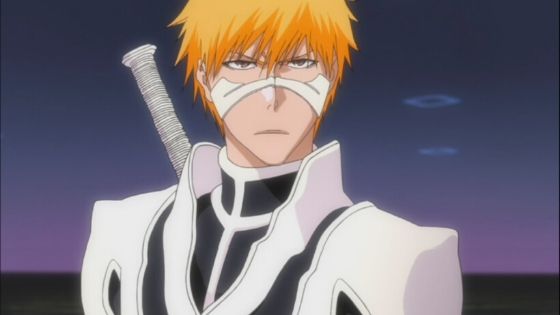 Hey, Look at my Skeleton jumpsuit Fullbring Form. Ichigo 3rd Fullbring it looks very hollow-ish oh well. Ichigo's willpower and focus are causing significant progress in gaining back his good-old soul reaper powers and reaping the fruits of his labor. With the combined abilities of the previous two, this form is the full manifestation of his fullbring power as a human. 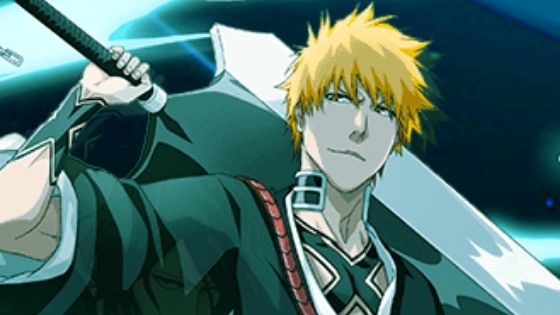 We back in the Game, finally, my soul reaper power is back; it took a whole new look. Ichigo Fullbring Shikai Form looks like the past Shikai with a more refined sword, do you also notice it finally has sheath attached to the bottom of the sword. Its funny Ichigo had to fight for this one, and you learn to appreciate what you True-Shikai Ichigo Ichigo had to go through a whole filler arc for this one. It's worth the wait. With resemblance of the old  Bankai, the new Tensa Zangetsu comes with two blades, dual-wielding powers up the attack but lowers your defense.

Taking it to the next level. Fullbring Bankai bring it has the powers

It's debatable if this particular Bankai is stronger than his former, nonetheless its strong and powerful and to take his enemies with his longed sword 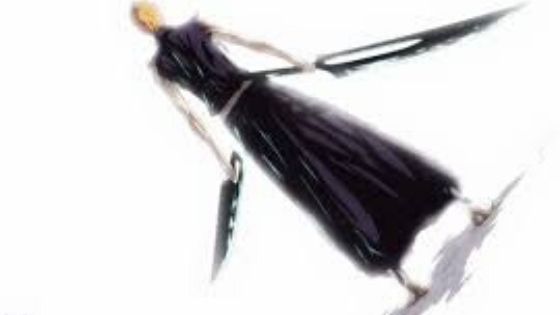 Up to this point, we have not seen forms of Ichigo with glass mirror seeing dimly. Now, with this form we start to see a more evident manifesation of Ichigo true power 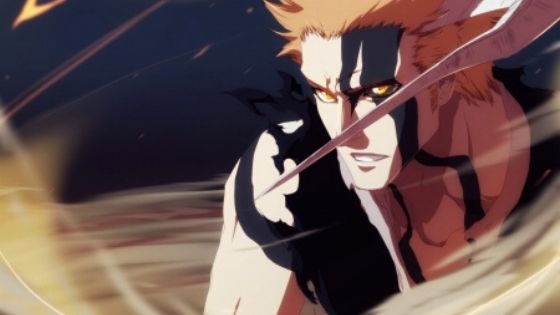 Ichigo's swords are coming in this form. In contrast with Vasto Lorde form that was more cathotic Ichigo form of his hollow powers, Horn of Salvation is a more tranquil convergence of his hollow forces. Aside from Visoreds in Bleach, you did see Hollow powers in a positive light; however, the Horn of Salvation Ichigo close the gap with powerful Gran Rey Cero, this form is to reckon with. 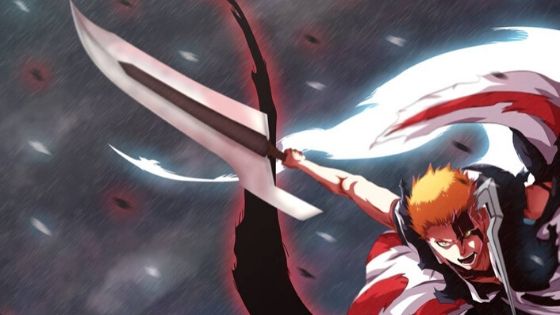 In all of the series, this could be most potent ichigo form. In this form, all things are possible. With the ability to rewrite histroy, its some OP stuff. True Bankai Ichigo looks like a combination of all the previous forms into one. With two Ichigo blades, a force to be reckoned. Ichigo used this to fight Quincy emperor Yhwach. 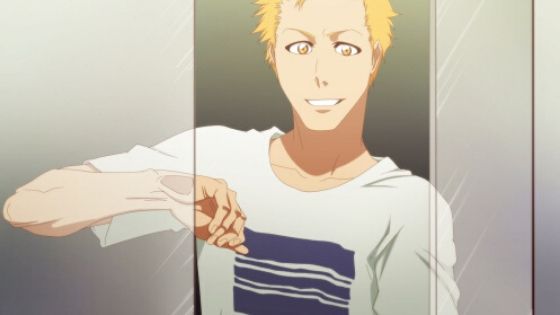 Dad Bod form. Man, after saving the whole totality of existence with the "power of friendship," I think its time to retire and finally live a healthy life with his beautiful family.

These list where all of all ichigo kurosaki forms.Kurosaki name means "black". Black is the color that is absent of all color or wavelength or color you can't see. It's absolute with mystery and the unknown. This is an interesting perspective and makes a lot of what Ichigo goes, though, have all the genes patriotically in one body and live many lives and transformation. Despite all the dynamic changes in his physical appearance, his character remains the same; he wants to help people who can't help themselves. With his called son Kazui Kurosaki and the mother Orihime Inoue he finally lives his life in a peaceful world; he helps build with people he many in different aspects of the world.