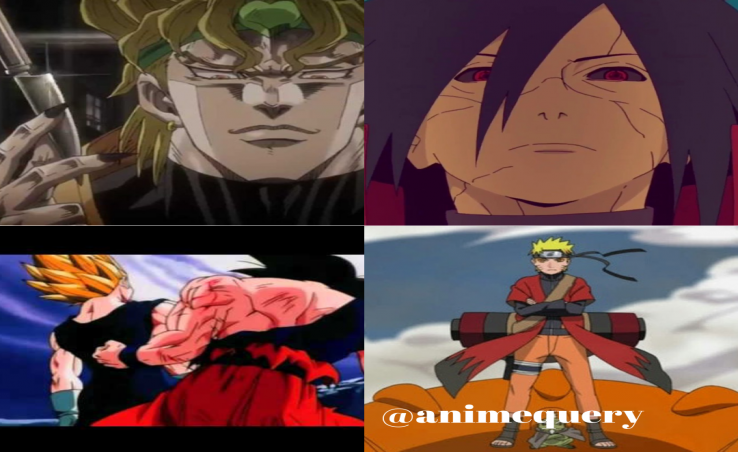 Leaving an impression is vital in life and anime. The idea can set a tone on how people treat you and think of you. You have to go good ideas in group meetings, interviews, etc to set the mood. In anime, we have been blessed with extreme badass entrances, which just made our jaws drop and increased the hype. In this article, we will go through the top 10 most badass anime entrances

Muda Muda Mjuda Muda Muda!!!!!! The main antagonist in the for three series in the anime JoJo’s bizarre adventure. Dio had many cool entrances, but his top entry was when he was starting to fight the stardust crusaders. He begins by showing off the power of his stand, which is a time alternating between making Jean Pierre Polnareff walk backward without him wanting to.  He was just so imposing, which made this entrance badass.

Just ushing the name Madara sends shivers down a ninja’s spine. Imagine seeing him in person. This was the case of the ninja alliance. After celebrating their victory of defeating, the reanimated raikage Madara makes his entrance. As he was approaching The only to notice the actual Madara was Ōnoki whos reaction was expected. The look was fear was enough to tell that he was the main boss and how Madara looked down on the to the army was badass too. It was like he was looking down on an army of ants.

There have been many badass Vegeta entrances in dragon ball z, but the best entrance he had was when he saved Goku from a fatal attack from Janemba. Goku was at a severe disadvantage when Janemba evolved to his 2nd form. It was completely one-sided, Goku was pushed into a corner and when Janemba was about to land the fatal hit.   Suddenly, e see a ki blast with a familiar blue color hit Janemba then, “ How many times do I have to tell if anyone is gonna end your existence it's going to be me,” and the prince makes his debut. Out of the many times he saved Goku, this has to be the most impressive of how he gained his physical form back and helped take down the force that was Janemba.

Pain has down immense damage to Konoha. Killed countless jonin(even Kakashi) buildings were demolished, and Tsunade was out for the count. It looked hopeless for Konoha until the world's top knucklehead ninja appeared with new attire, his army of frogs, mastered sage, and a whole unique aura. Naruto meant business, and you felt it.